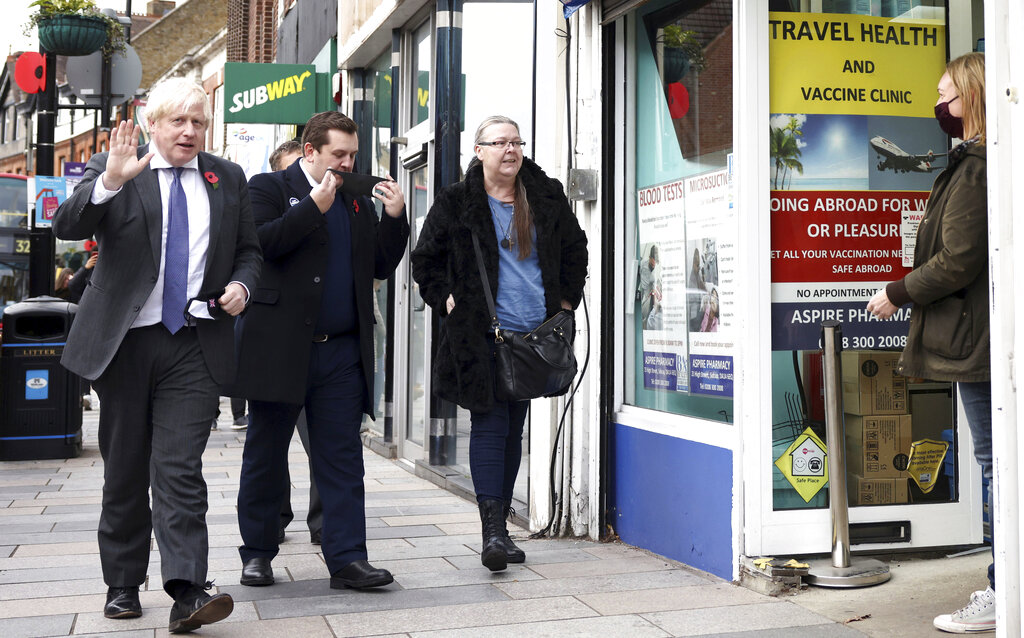 Britain's booster programme for Covid-19 vaccinations is to be expanded to younger people after scientists gave the green light on Monday.

The UK government's Joint Committee on Vaccination and Immunisation (JCVI) said all healthy adults aged 40-49 should be offered a booster, six months after their second dose.

Previously, the booster programme was limited to those aged 50 and over, and the clinically vulnerable. Some 12.6 million Britons have received a third jab.

The JCVI also said that 16 and 17-year-olds should now be offered a second dose of the Pfizer/BioNTech jab.

That age group had previously been offered only one dose in Britain, pending more data on the jab's safety in under-18s.

The expanded age groups covered by the new advice will "help extend our protection into 2022", professor Wei Shen Lim of the JCVI said in a statement.

The UK launched the Western world's first mass vaccination campaign against Covid-19 in December 2020, about a year after the disease emerged in China.

But Britain's government has been repeatedly criticised for its response to the pandemic more generally.

So far, nearly 143,000 people have died in Britain within 28 days of a positive test for Covid, the second-worst toll in Europe behind Russia.

But senior Conservative politician Oliver Dowden said the public could be confident of a more normal Christmas than last year, when the inoculation drive was still in an early stage.

"There are no plans to stop Christmas happening. The huge difference this time is the vaccine," the co-chairman of Britain's ruling party told Sky News earlier Monday.

"It is in our hands. If you get the booster when the call comes, that is the biggest wall of defence that we have against Covid."