British citizens returning home from roughly 30 countries deemed at "high risk" from new coronavirus variants could soon have to quarantine in hotels, reports said on Wednesday. 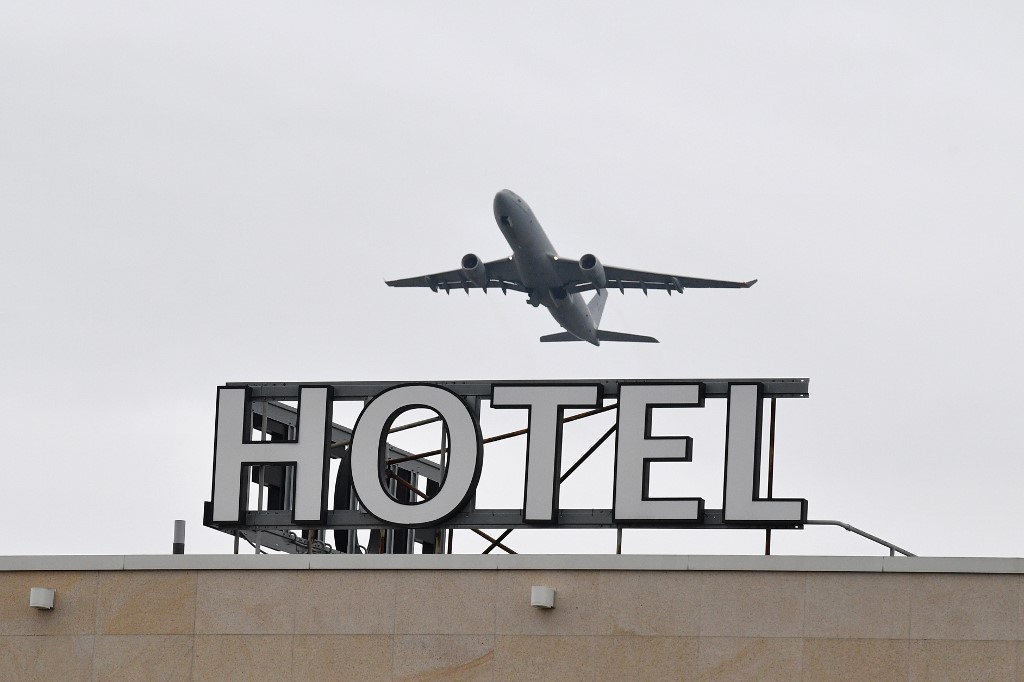 An RAF voyager airplane is seen flying over a hotel at Heathrow Airport in west London on January 26, 2021. (Photo: AFP)

Beefed-up rules will require the travellers to stay in hotels near airports for 10 days, according to the Times and BBC.

Non-UK arrivals from the targeted destinations -- which include South America, Portugal, Cape Verde and South Africa -- are already barred following the discovery of two virus variants in Brazil and South Africa.

Interior minister Priti Patel is due to make a statement in parliament later on Wednesday on the borders policy after a meeting of the government's Covid-19 operations committee.

Housing minister Robert Jenrick told Sky News the government would be taking "further steps... to ensure that there is less flow of individuals" returning but gave no further details.

The Times reported ministers were divided between those backing the limited quarantine regime and those favouring a blanket policy requiring arrivals from all destinations to self-isolate in hotels.

"There will be areas or countries across the world where there are mutations which haven't been identified yet because they don't have the same level of scientific ability," he told the BBC.

Britain has been the hardest hit in Europe from the pandemic, becoming only the fifth country in the world to surpass 100,000 deaths after recording another 1,631 fatalities on Tuesday.

With a more contagious virus variant sweeping the country since December, some health experts have warned it could register as many as 50,000 further deaths in the coming months.

The government earlier this month scrapped its "travel corridors" from countries with lower caseloads, and now asks all arrivals to show negative Covid-19 tests and then self-isolate.

Ministers have since been mulling whether to require all incoming travellers to isolate in hotels, emulating past actions taken by countries such as Australia and New Zealand which have emerged with dramatically lower death tolls.