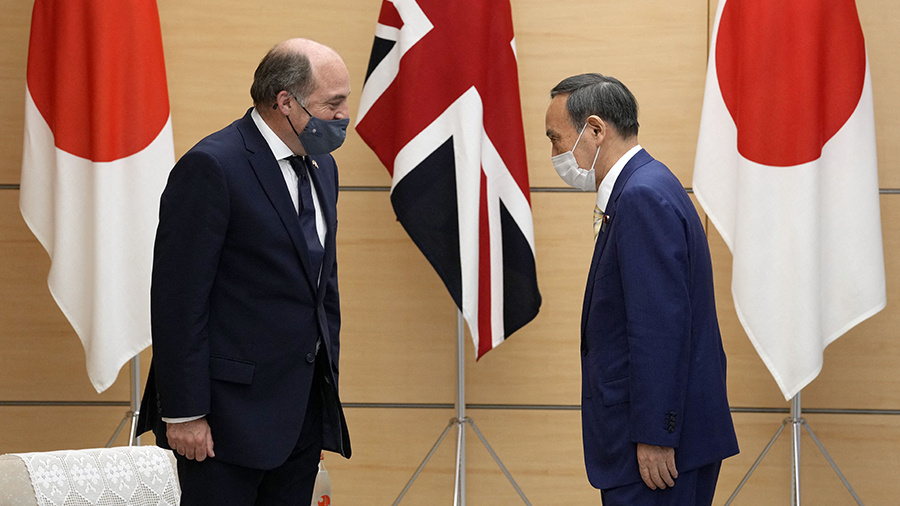 UK Defence Secretary Ben Wallace is welcomed by Japan's Prime Minister Yoshihide Suga at the start of their meeting in Tokyo. (Photo: AFP)

The UK announced on Tuesday that it will permanently deploy two warship in Asian waters, as a Royal Navy task force led by the aircraft carrier HMS Queen Elizabeth is making its way to the Indo-Pacific region.

As announced in a joint statement made by the British and Japanese defense ministers Ben Wallace and Nobuo Kishi, the UK's offshore patrol vessels HMS Spey and HMS Tamar will be permanently deployed to the region in August, supported by ships from Australia, Japan and Singapore.

According to a spokesperson at the British embassy in Tokyo, the two ships will not operate from a permanent base. 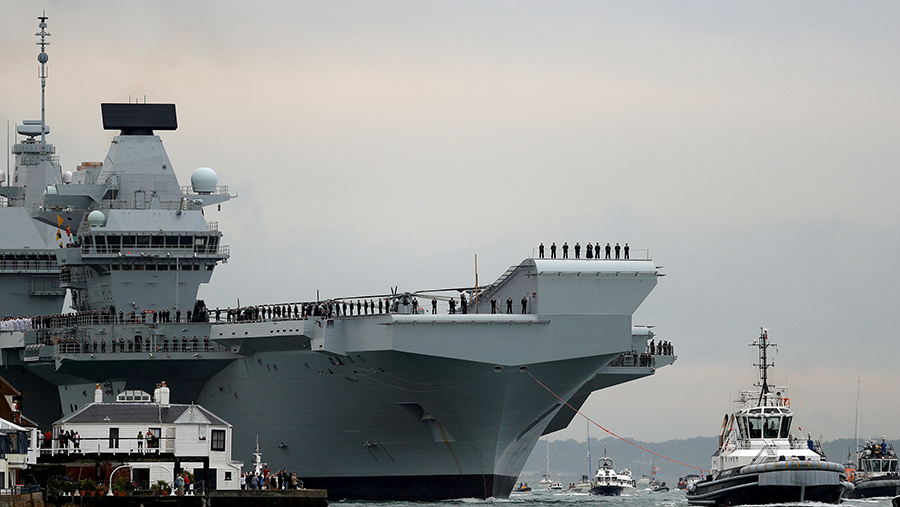 The UK's decision follows the expression of concern from Tokyo in regard to China's sovereignty claims in the region.

"We reconfirmed our shared position that we firmly oppose attempts to change the status quo by coercion and the importance of a free and open Indo-Pacific based on rule of law," said Japanese Defence Minister Nobuo Kishi on Tuesday.

Wang Wenbin, spokesperson for China's Ministry of Foreign Affairs, had remarked on the British visit in April, saying: "China hopes that countries outside the region will respect the aspiration of countries in the region to maintain peace and stability and promote cooperation for development and refrain from taking actions that could complicate the situation."

The HMS Queen Elizabeth and its escort ships (two destroyers, two frigates, two support vessels and ships from the U.S. and the Netherlands) are set to continue their journey visiting five U.S. and Japanese naval bases in September.