The UK government will on Monday unveil much-anticipated military modernisation plans, vowing to bolster its defence of British interests "across multiple domains and in all corners of the globe". 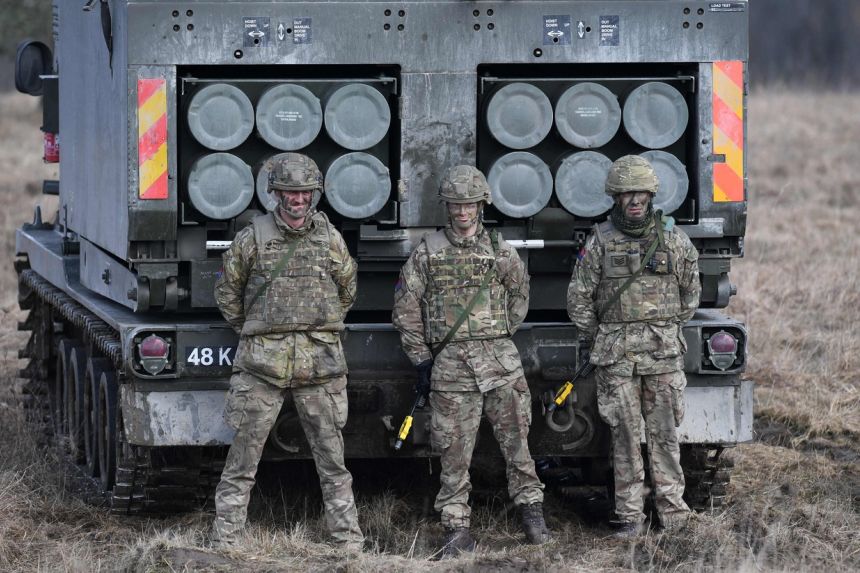 The long-awaited proposals, detailed in a report entitled "Defence in a Competitive Age", focus heavily on boosting the country's navy and global footprint, the Ministry of Defence (MoD) said.

It promises more ships, submarines and sailors and the transformation of the Royal Marines into a new unit called the Future Commando Force.

The force will be deployed on "an enduring basis" to help secure shipping lanes and uphold freedom of navigation, according to the MoD.

The army will create a new special operations Ranger Regiment which would "be able to operate discreetly in high-risk environments and be rapidly deployable across the world," the ministry said.

It highlighted the armed forces' continued global activity, including launching strikes against the Islamic State group in Iraq and drugs busts in the Arabian Sea, ahead of the report's release.

The ministry also noted ongoing naval operations with NATO allies in the Baltic, and the deployment to Asia later this year of a carrier strike group led by the country's new aircraft carrier.

"In the coming years, we will broaden the spectrum of this worldwide engagement even further," Defence Secretary Ben Wallace said in a statement.

"Across a vast global footprint, we will be constantly operating to deter our adversaries and reassure our friends, integrating with our allies, and ready to fight should it be necessary."

The defence paper comes less than a week after the government published a broader overhaul of Britain's security, defence and foreign policy, billed as the biggest since the Cold War era.

Crafted over the past year as London recalibrates its post-Brexit foreign policy, the so-called Integrated Review outlined a pivot in strategic focus towards Asia, labelling China a "systemic competitor".

It also prioritised ongoing efforts to counter Russian threats and, in a surprise move to many, set out plans to increase Britain's nuclear stockpile.

The narrower defence review earmarks £200 million ($277 million, 232 million euros) of investment over the next decade in the new navy commando force, which will conduct roles traditionally carried out by UK special forces.

It also pledges £120 million to establish an army special operations brigade and the new Ranger Regiment, which is set to be involved in what the MoD called "collective deterrence" with partner forces.

A new Security Force Assistance Brigade will provide guidance and training to allied partner nations and draw expertise form across the army, the MoD said.

"Elements of each brigade will be routinely deployed across the globe to assist partner nations in delivering defence and security," it added.

Meanwhile the Royal Navy will develop a new surveillance ship, to come into service by 2024 with a crew of around 15 people, aimed at protecting Britain's undersea cables and other critical national infrastructure.