WORLD UK to vote in EU poll, or Brexit is June 1: Ireland

UK to vote in EU poll, or Brexit is June 1: Ireland

Britain has agreed that it will take part in European parliamentary elections in May or else leave the European Union on June 1, Irish Prime Minister Leo Varadkar said Thursday. 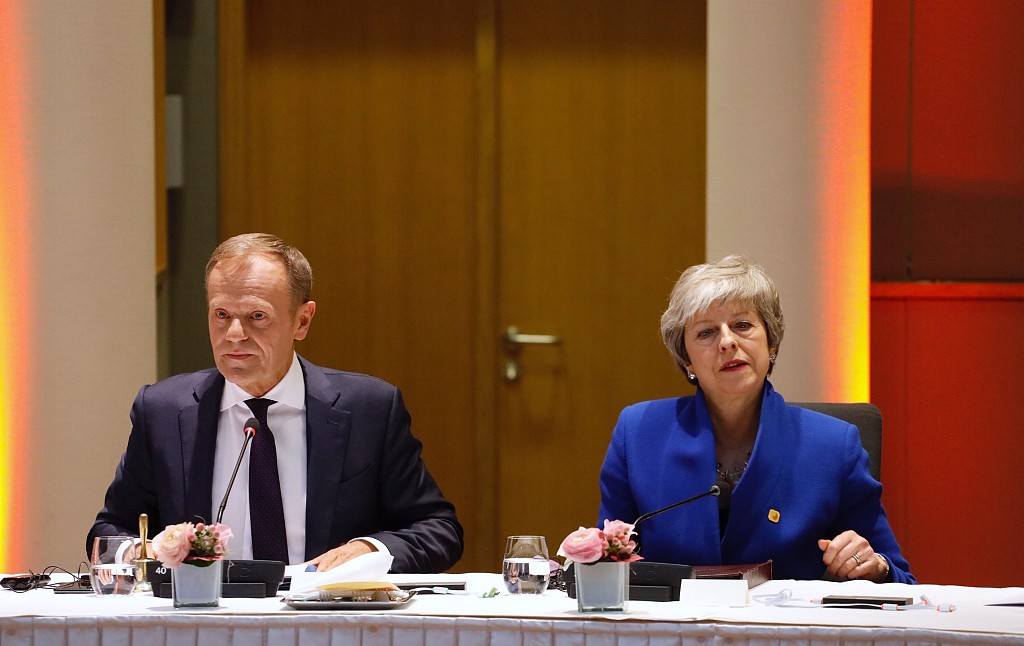 "UK to take part in @Europarl_EN election or must leave on June 1st without a deal," Varadkar tweeted, after he and 26 EU colleagues met Britain's Prime Minister Theresa May in Brussels.

Cover image: Britain's Prime minister Theresa May (C) and Germany's Chancellor Angela Merkel (R) look at a tablet, next to European Council President Donald Tusk (L) ahead of a European Council meeting on Brexit at The Europa Building at The European Parliament in Brussels on April 10, 2019.