Exports and imports from Britain to the European Union (EU) fell dramatically during the first month after Brexit, according to the UK's official figures. 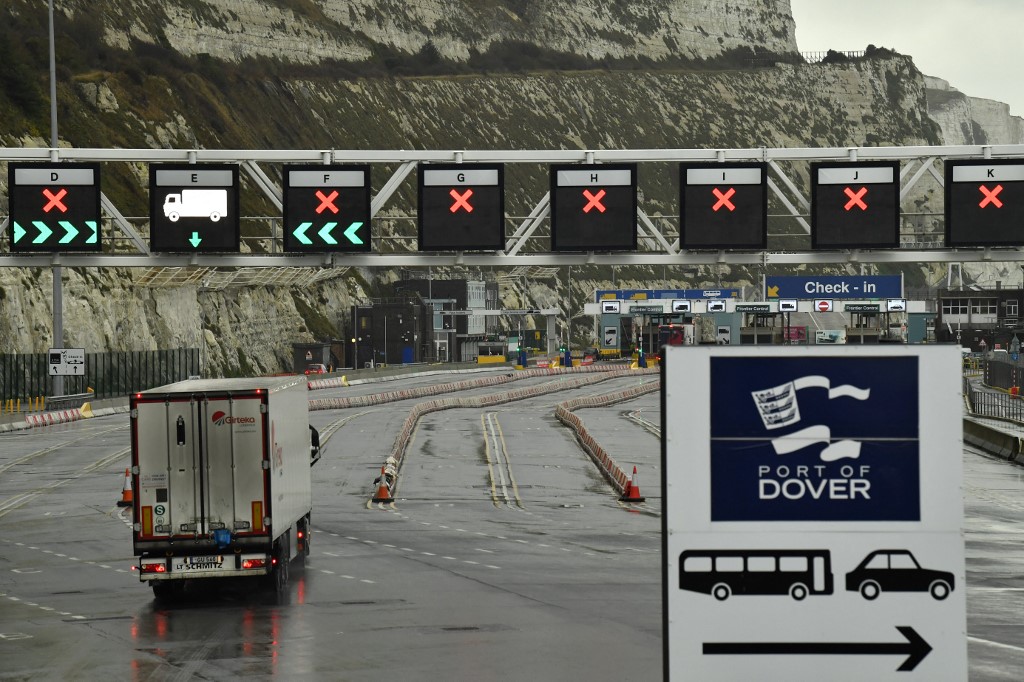 In this file photo taken on January 04, 2021 a lorry enters the Port of Dover, southeast England following Britain's departure from the European Union. (Photo: AFP)

Exports of goods to the EU, excluding non-monetary gold and other precious metals, slumped by 40.7 percent in January, the Office for National Statistics (ONS) reported, while imports fell by 28.8 percent.

The effect of the COVID-19 pandemic on trade makes it difficult to identify the extent of the post-Brexit impact, stated the ONS. But it said there were signs that the Brexit transition period hurt trade at the start of 2021.

Trade in chemicals was especially weak, reflecting the winding-down of a rush to stockpile pharmaceuticals ahead of the end of the Brexit transition period, the ONS said.

The body highlighted a 64 percent fall in exports of food and live animals to the EU - including shellfish and fish. It pointed to delays caused by red tape reported by the Scottish Seafood Association, with consignment sign-offs reportedly taking six times longer.

"External evidence suggests some of the slower trade for goods in early January 2021 could be attributable to disruption caused by the end of the transition period," the ONS said.

Many companies protected their business, stockpiling goods in late 2020 to avoid any disruption, deepening the fall in trade in January.

The ONS said its separate business survey suggested that trade picked up towards the end of the month.

Earlier this week, the UK delayed the introduction of a range of post-Brexit import checks on goods from the EU by around six months, saying businesses needed more time to prepare because of the impact of the pandemic.