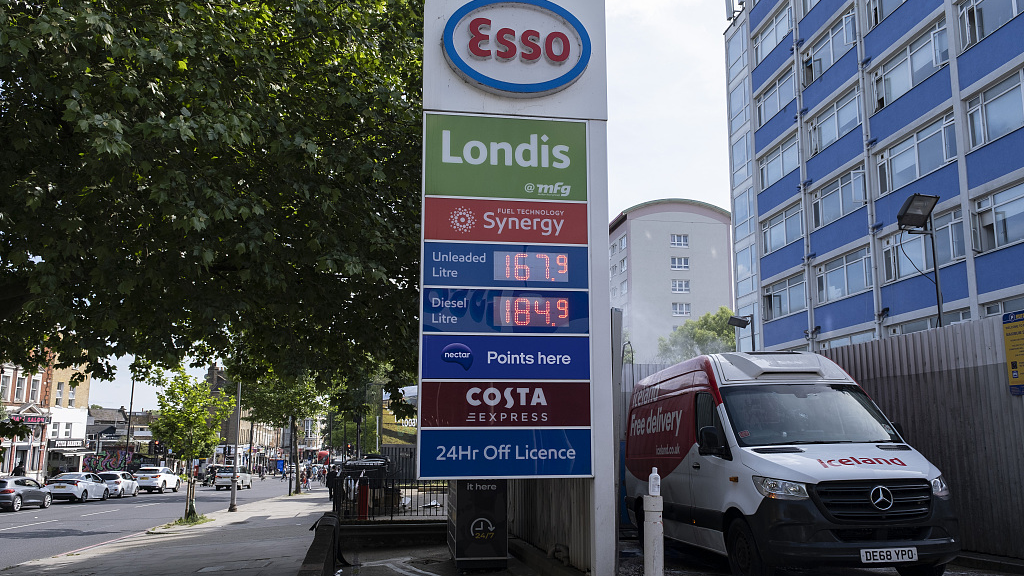 Pressure is felt at the petrol pumps at this Esso garage as the price per liter continues to increase in London, UK, May 19, 2022. (Photo: CFP)

A British daytime TV program has faced criticism for running a competition where viewers can win the price of their energy bills for four months.

On Monday, a caller to ITV's "This Morning" told hosts that he had major concerns about energy prices, saying "I've got one of these prepayment meters and it's absolutely murder," while the hosts spun a wheel of prizes that included 1,000 pounds ($1,151), 3,000 pounds and "Energy Bills."

The caller was relieved to find out he would have his energy bills paid by ITV after the spinner landed on the prize.

"People are going to freeze to death this year because of (an) energy crisis. Turning it to light entertainment is beyond bleak," Twitter user @ bencsmoke wrote.

Many other Twitter users likened the program to the dystopian TV series "Black Mirror." Twitter user @scottygb said: "#ThisMorning has turned completely dystopian and Black Mirror by offering to pay energy bills as a competition prize."

"This Morning" is not alone. The Daily Mail in late August offered its readers an opportunity to win the cost of their gas and electricity bills paid for a year.

Households across the UK are bracing for an enormous price hike on energy prices as Ofgem, the energy regulator of Great Britain, said that the price cap is set to rise to 3,549 pounds on October 1, an 80 percent increase on the previous figure of 1,971 pounds.

"The increase reflects the continued rise in global wholesale gas prices," Ofgem said in a statement released in August.