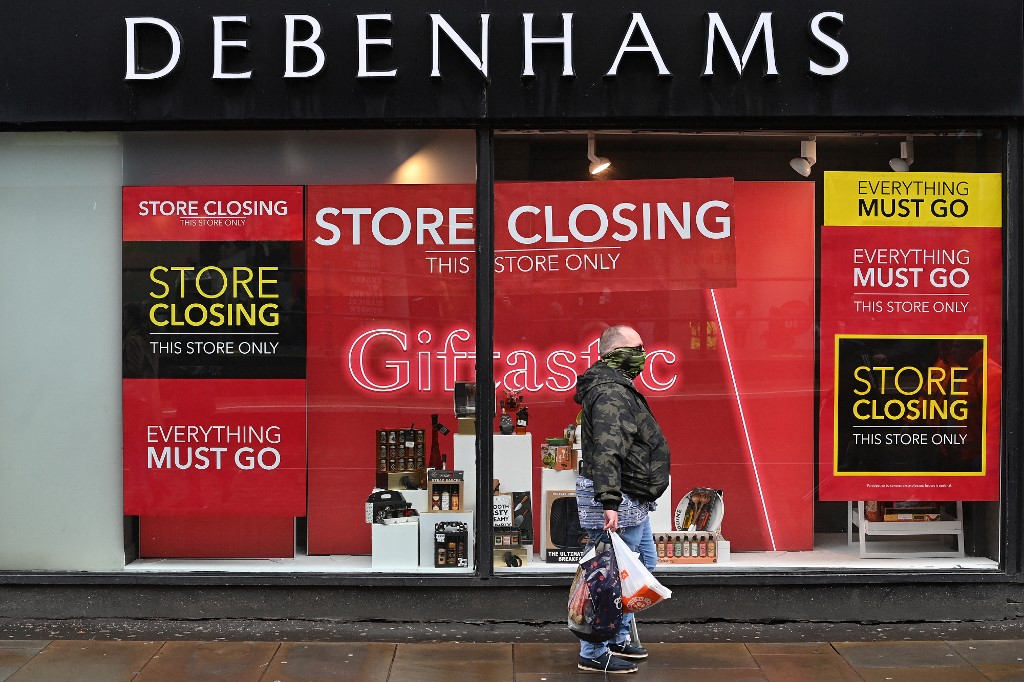 A pedestrian wearing a face mask or covering due to the COVID-19 pandemic, walks past "Store Closing" signs in the window display of a Debenhams store in Manchester, northern England on December 2, 2020. (File photo: AFP)

The unemployment rate dropped to 4.3 percent in the three months to the end of September, the Office for National Statistics said in a statement.

That compared with a rate of 4.5 percent in the quarter to the end of August, the ONS added.

At the same time job vacancies in the three months to the end of October hit a new record high at 1.17 million.

This was despite the UK government ending in September its furlough jobs support programme that kept millions of private sector workers in their roles during the pandemic.

"It might take a few months to see the full impact of furlough coming to an end, as people who lost their jobs at the end of September could still be receiving redundancy pay," noted Sam Beckett, head of economic statistics at the ONS.

"However, October's early estimate shows the number of people on the payroll rose strongly on the month and stands well above its pre-pandemic level."

The number of people on UK company payrolls surged by 160,000 last month, the official data showed.