UK village resents being used in US midterm election battle 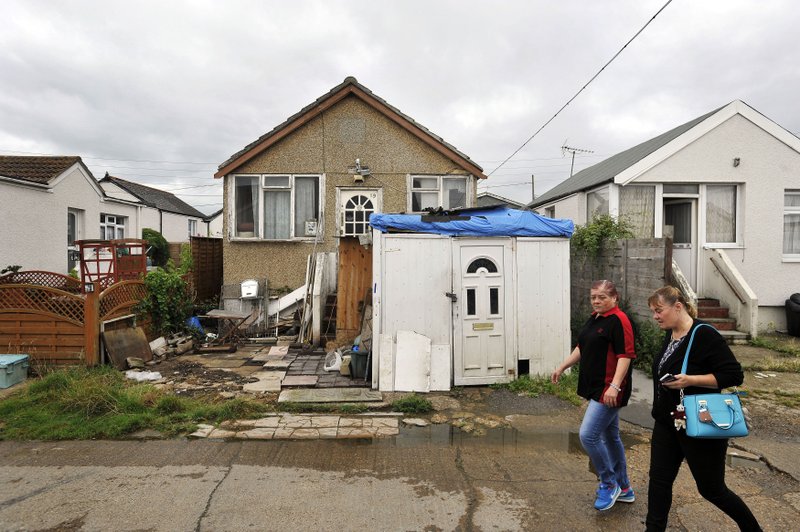 The political battle raging in the United States as the midterm election approaches has ricocheted over the Atlantic Ocean and upset residents of a small coastal village in eastern England.

That’s because a Republican congressional candidate in Illinois used an old photo of a rundown street in Jaywick Sands to illustrate the alleged dangers American voters faced if they elected Democrats. The posting by candidate Nick Stella did not make clear, however, that the photograph was of a village in England, not a location in the US.

It carried the warning that “Only YOU can stop this from becoming reality” and had a picture of Democratic Rep. Nancy Pelosi plastered on the image.

Jaywick Sands is one of a string of once-thriving British seaside resorts that have fallen on hard times as British holidaymakers have taken advantage of inexpensive package tours to sunnier destinations like Spain and Italy.

In a 2015 government report, the village was labeled the most deprived neighborhood in England. A series of renovation projects has followed and local leaders now complain that the old photo is misleading because the neighborhood has been greatly improved.

City councilor Kevin Watson said the section of town depicted in the political ad no longer looks like that, as roads have been paved and infrastructure renovated.

“There’s now fantastic drainage, people are taking pride in their area,” he said. “Things are looking very good in Jaywick, probably the best since it was a holiday destination.”

Local documentary filmmaker Penelope Read said she was upset by the way the photo was used.

“I’m angry at the injustice,” she said. “I love Jaywick and I don’t think foreign people should be using our village as a political tool. How dare they?”

Raquel Mitchell, a spokeswoman for Stella, said in a statement that the campaign did not intend to denigrate Jaywick Sands.

“Our intent was never to smear the town in the photo, now known to us as Jaywick Sands in Essex,” she said. “We never used the name.”

The campaign statement still did not explain why a photo of an English town was used to illustrate a political vote in the United States.