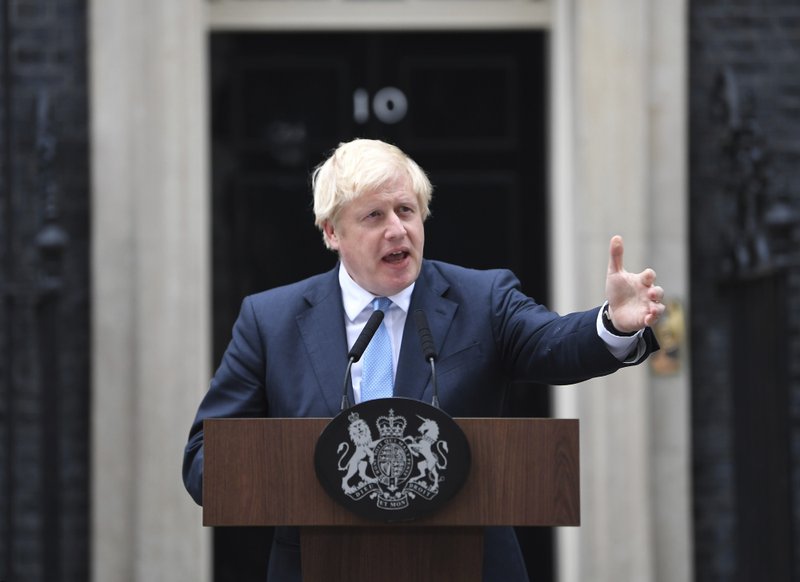 Usman Khan was shot dead by the police after the 28-year-old stabbed to death a man and a woman and injured another three around London Bridge on Friday.

Khan was attending a conference organized by Cambridge University on prisoner rehabilitation at the Fishmongers' Hall, a building adjacent to the north end of London Bridge.

He was wearing an electronic tag.

The attack started inside the venue before proceeding on to the bridge where the assailant, who was wearing a fake explosive vest, was challenged by members of the public.

While visiting the scene of the crime on Saturday, Johnson said: "It does not make sense for us as a society to be putting people who have been convicted of terrorist offences... out on early release."

Noting that the Conservatives' manifesto calls for a tougher sentencing regime, he added: "We argue that people should serve the tariff, serve the term, of which they are sentenced."

Khan, from Stoke in central England, was granted conditional release from prison in December 2018 after completing less than half of a 16-year sentence. He was given a sentence for public protection in 2012, with at least eight years in prison.

The British national along with other members of an Al-Qaeda inspired group were convicted of planning to target major sites, including the London Stock Exchange, the US embassy and the home of Boris Johnson, who was then the Mayor of London. They also planned to participate in "terrorist training" in Pakistan.

In April 2013, the Court of Appeal quashed his sentence after which he received a new 21-year term, comprising a custodial sentence of 16 years and five years on conditional release.

In a statement to the press, Metropolitan Police Assistant Commissioner Neil Basu said there was no evidence of other suspects being involved in the attack.