A British warship dispatched to the Gulf to escort UK-flagged ships amid heightened tensions with Iran has arrived in the region, the defence ministry said. 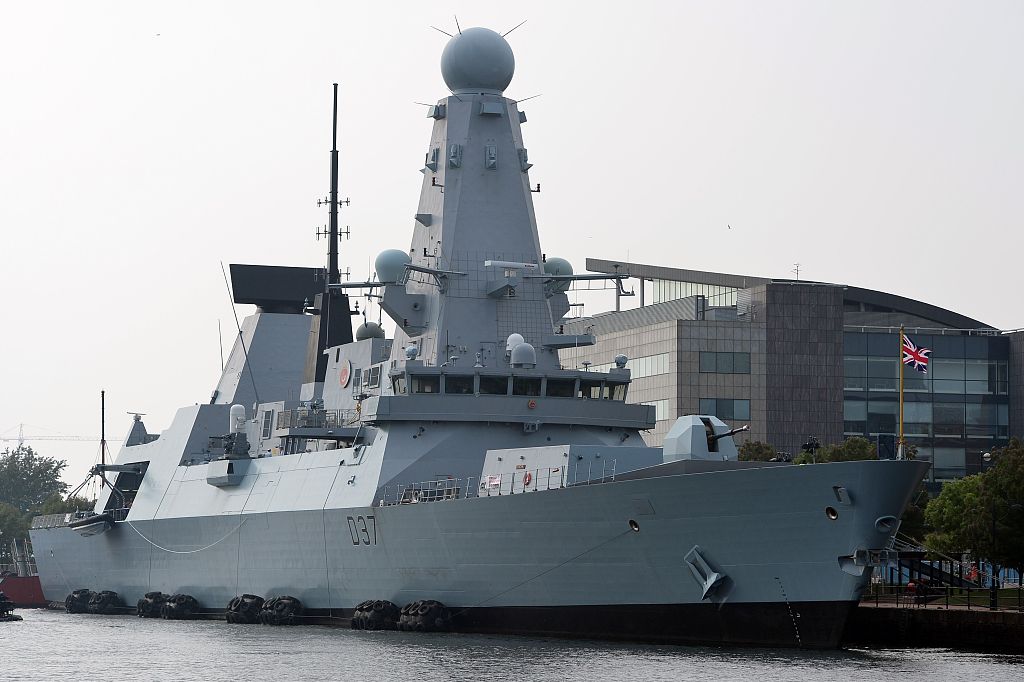 In this file photo taken on September 03, 2014, the British naval vessel HMS Duncan is pictured docked in Cardiff Bay in Wales on September 3, 2014, on the eve of the NATO summit. (File photo: VCG)

HMS Duncan was sent to help accompany vessels through the Strait of Hormuz after Iran seized a British-flagged tanker there earlier this month, in what London called an act of "state piracy".

The destroyer joins frigate HMS Montrose which is due to undergo maintenance in nearby Bahrain in late August. It will be replaced by another frigate, HMS Kent, later this year.

Britain has said it wants to establish a European-led maritime protection force in the Gulf to protect vulnerable shipping, while emphasising it is not seeking a confrontation with Iran.

It has asked UK-flagged ships to give it notice when they plan to pass through the Strait of Hormuz, with HMS Montrose already having accompanied 35 merchant vessels during 20 separate transits, according to the Royal Navy.

"While we continue to push for a diplomatic resolution that will make this possible again without military accompaniment, the Royal Navy will continue to provide a safeguard for UK vessels until this is the reality."

Tensions have been escalating in the region for weeks, with US President Donald Trump last month calling off at the last minute an air strike on Iran over its downing of a US spy drone.

Tehran has suggested the July 19 seizing of the tanker was in retaliation for UK Royal Marines helping Gibraltar authorities detain an Iranian tanker in the Mediterranean Sea two weeks earlier.

Britain said it had acted then because Iran was trying to deliver oil to Syria in violation of separate sets of EU and US sanctions.