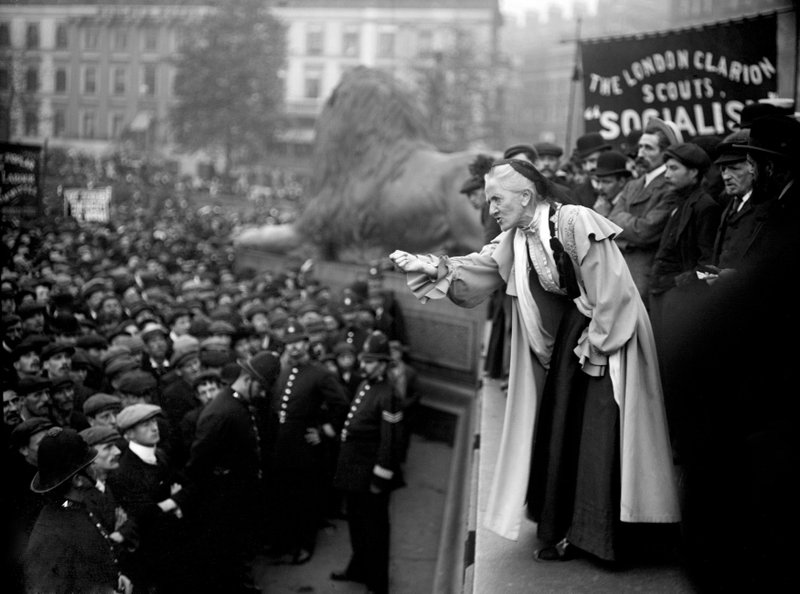 Britain will consider pardons for suffragettes convicted during the struggle for women’s right to vote, the interior minister said Tuesday, a century to the day since some female voters won the right to go to the polls.

Home Secretary Amber Rudd said she would “take a look at” the cases of women who were prosecuted during the pro-suffrage campaign more than 100 years ago.

Tuesday marks the 100th anniversary of the Representation of the People Act, which extended voting rights to all British men aged 21 and up, and to millions of women over 30. British women did not get the same voting rights as men until 1928.

Suffragettes used public protests, civil disobedience and occasionally violence in their campaign for women’s votes. More than 1,300 were arrested, and many were jailed. Some endured force feeding during prison hunger strikes.

Campaigners have called for convicted suffragettes to receive posthumous pardons, citing the precedent of pardons given to gay men who were convicted of now-abolished offenses for homosexuality.

Speaking on the BBC, Rudd cautioned that “it is complicated because if you’re going to give a legal pardon for things like arson and violence, it’s not as straightforward as people think it might be.”

Jeremy Corbyn, leader of the main opposition Labour Party, said that if elected he would pardon the suffragettes “and give an official apology for the miscarriages of justice and wider persecution they suffered.”

Prime Minister Theresa May — Britain’s second female leader — used the anniversary to call for more civility in politics, saying some women are deterred from entering politics because of the abuse they face.

In a speech, May said the government was considering introducing a new offense of intimidation of parliamentary candidates and campaigners.

“In the 21st century it cannot be acceptable for any woman - or any person - to have to face threats and intimidation simply because she or he has dared to express a political opinion,” she said, promising to work for “a democracy in which every voice is heard.”