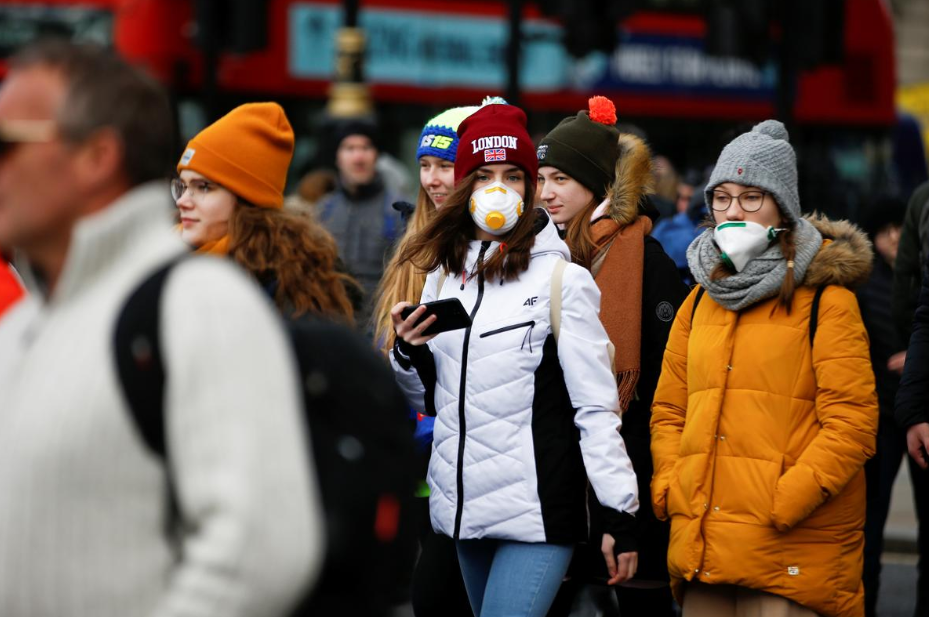 The United Kingdom has experienced its lowest daily death toll since lockdown was imposed on March 23, after latest official figures revealed that up until Sunday evening, 55 more people had died from the novel coronavirus.

For the second consecutive day, hospitals in Scotland, Northern Ireland and London reported no more deaths, and there were just three in Wales. The current overall official UK death toll is now 40,597.

"All data points in the right direction and shows we are winning the battle with this disease but there is further still to go," he said.

The novel coronavirus, he added, was "clearly" in retreat, but people must remain "cautious" and take a "safety-first approach".

Hancock also said that all care homes would now be able to order test kits, and at the start of National Carers Week, announced the establishment of a new national COVID-19 social care support taskforce.

Despite the more encouraging national picture, the mayors of Greater Manchester and Liverpool City Region in the Northwest of England have expressed concern after statistics suggested infection locally was still not under control.

Andy Burnham and Steve Rotheram have said people should continue to stay at home, and Rotheram said there was no clarity from central government over what to do should a localized lockdown be necessary.

"What is the legal status of a lockdown? Would it be enforced by the police? It is more back of a cigarette packet stuff from the government," he said.

Ministers are thought to have identified June 22 as the date pubs and restaurants can reopen as part of a bid to "save the summer".

Doors have been shut since March, meaning pubs have lost the lucrative Easter and early summer periods. Many establishments would also have counted on increased takings during the UEFA Euro 2020 soccer championship, scheduled for this summer, but now delayed until next year.

"With 2-meter social distancing, we would lose 80 percent of our capacity," he said. "At this level of trade, it would be impossible to operate financially. What we don't want to do is create some sterile, ghostly experience. Pubs have still got to be places that you want to go to for the buzz and the atmosphere."

He also said opening up could have wider economic benefits.

"The government is encouraging people to have their summer holidays in the UK," he added. "It is vital pubs are open to coincide with the summer season."

A survey in trade publication the Morning Advertiser said almost one-quarter of pubs thought they would have to pay out up to 3,000 pounds ($3,806) for safety measures.

Next week, on June 15, the day non-essential retailers are allowed to reopen, places of worship can also open their doors again for private prayer, although larger gatherings remain forbidden.

Cardinal Vincent Nichols, the head of the Roman Catholic church in England and Wales, welcomed what he called the "first, measured step in restoring" services while stressing the importance of taking care "to ensure that the guidance given for this limited opening is fully observed, not least by those entering our churches".

The policy of requiring visitors to the UK to observe two weeks of quarantine could be short-lived in a bid to secure Britons access to EU member countries for their holidays.

Just weeks after Home Secretary Priti Patel proclaimed an end to freedom of movement in Europe, Prime Minister Boris Johnson is keen to enable Britons to have access to the countries whose bloc it has just left.

The Sun newspaper reports that three-fifths of British holidays are taken in the EU, and a deal over travel rights could be set up by the time the quarantine rules come in for their first review, at the end of June.

The mayor of Moscow has also lifted mobility restrictions in the Russian capital, despite a steady figure of around 2,000 new cases each day for the past two weeks.

Mayor Sergei Sobyanin said strict measures the city took early on had helped "avoid a catastrophe" but he warned against complacency.

"Don't forget, the risk has fallen but not gone away," he said.

The move comes two weeks before the annual Victory Day Parade military display, postponed from May 9 to June 24.