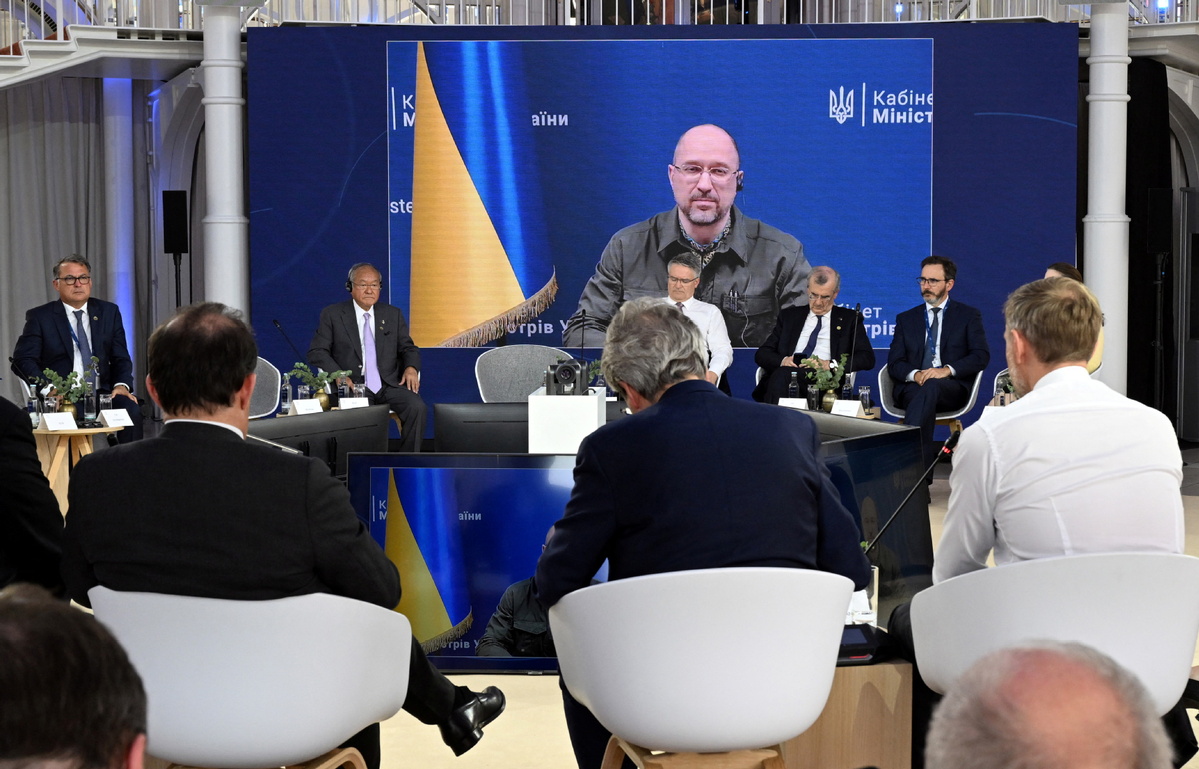 Ukrainian Prime Minister Denys Shmyhal is visible on a screen during the finance ministers and central bank chiefs meeting of the Group of 7 (G7) most industrialized nations in Koenigswinter, near Bonn, Germany May 19, 2022. [Photo: Agencies]

"The long-awaited export of Ukrainian electricity to Europe has begun," Shmyhal wrote on Telegram.

Shmyhal said the first flows of Ukraine's electricity went to Romania at an initial capacity of 100 megawatts.

In the future, Ukraine aims to increase the capacity of electricity flows to Europe to 2.5 gigawatts, he said.

According to Shmyhal, Ukraine has the potential to earn more than 70 billion hryvnyas (about $2.4 billion) per year from electricity exports to European countries.

In March, Ukraine's electricity grid was synchronized with the European Network of Transmission System Operators for Electricity.