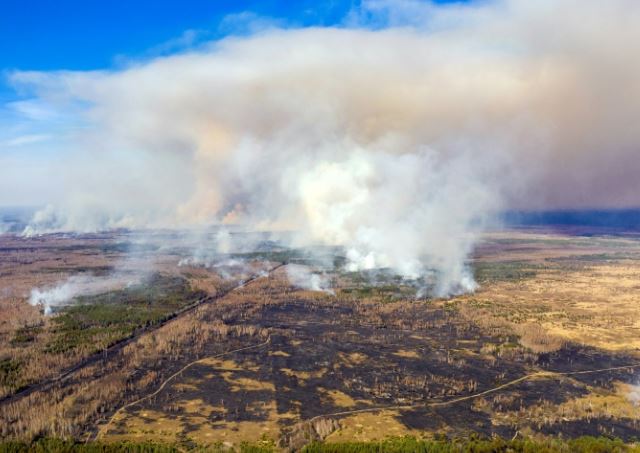 The fires at the Chernobyl nuclear power plant in Ukraine and in Kiev state were still not completely extinguished as of Tuesday, and about 2,500 rescue workers and fire fighters had been dispatched, the Ukraine news agency reported.

The government has dispatched fire brigades, mobilized heavy engineering equipment and deployed eight combat engineering vehicles from the Ukrainian army to fight the blaze. A 515-kilometer fire isolation zone has been excavated.

More than 4,000 hectares have been burned, and the Ukrainian judiciary has opened a criminal case in accordance with the law.

So far, Ukraine has sent 299 rescue equipment, including three fire-fighting helicopters, and 378 tons of sprinkling was carried out in the areas.

The Chernobyl fire, which has been burning since April 4, is estimated to have cost tens of millions of hryvnia.