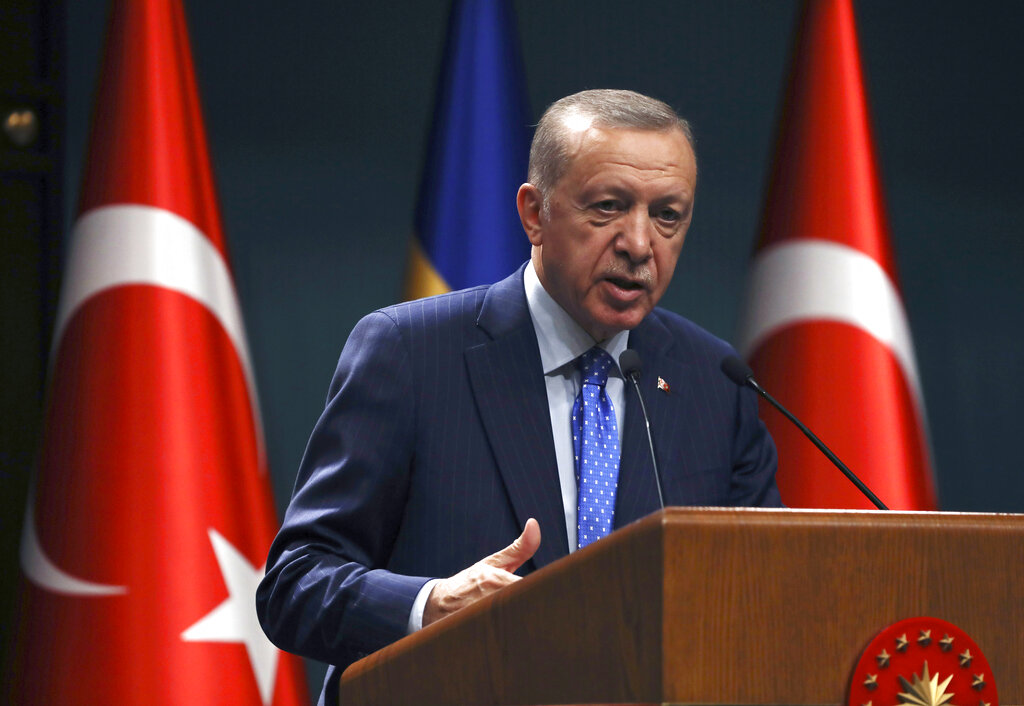 ANKARA, Nov. 17 (Xinhua) -- A deal for the export of Ukrainian grain to world markets through the Black Sea has been extended for 120 days, Turkish President Recep Tayyip Erdogan announced Thursday.

"As a result of the four-way talks hosted by Türkiye, the Black Sea Grain Corridor Agreement is extended for 120 days as of Nov. 19, in line with the decision taken between Türkiye, the United Nations, the Russian Federation and Ukraine," Erdogan said on Twitter.

It has been clearly seen "how important and beneficial" this agreement is for the food supply and security of the world, with the delivery of more than 11 million tonnes of grains and foodstuffs to those in need in a four-month period, he added.

On July 22, Russia and Ukraine separately signed a document in Istanbul with Türkiye and the United Nations on grain and fertilizer exports amid the Russia-Ukraine conflict.

The initial duration of the agreement was 120 days.