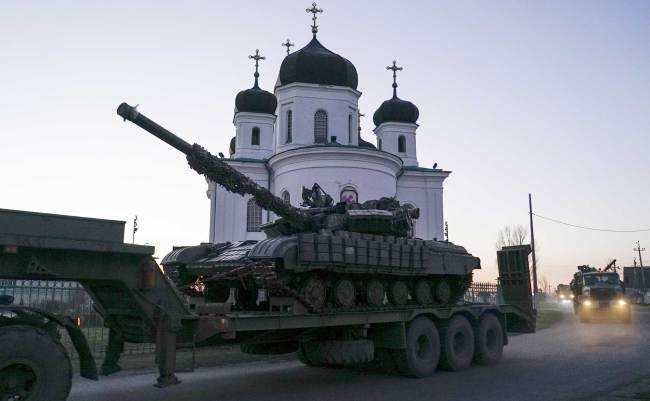 Ukraine has imposed restrictions on the entry of Russian men aged between 16 and 60 years old, Ukrainian President Petro Poroshenko said on Friday.

The step was taken to prevent Russians from "creating units of "private" armies, which in fact represent Russian Armed Forces," Poroshenko said on Facebook.

Furthermore, the Ukrainian president said he has ordered the State Border Guard Service to tighten requirements for Russians seeking residence registration in Ukraine, especially in the regions under martial law.

Commenting on the move by Ukraine, Russian Foreign Ministry spokeswoman Maria Zakharova sounded the alarm against possible "tit-for-tat" measures by Moscow, warning it could "lead to insanity."

Martial law was introduced in 10 Ukrainian regions on Nov. 26 for 30 days over tensions with Russia around the Kerch Strait.

It was imposed in regions bordering Russia and Moldova's breakaway region of Transnistria, where Russian troops are stationed, as well as areas located on the shores of the Black Sea and the Sea of Azov.

Poroshenko emphasized that "martial law does not mean the declaration of war," but a step toward strengthening Ukraine's defense.