Ukraine investigates sabotage as possible cause of ammunition depot fire 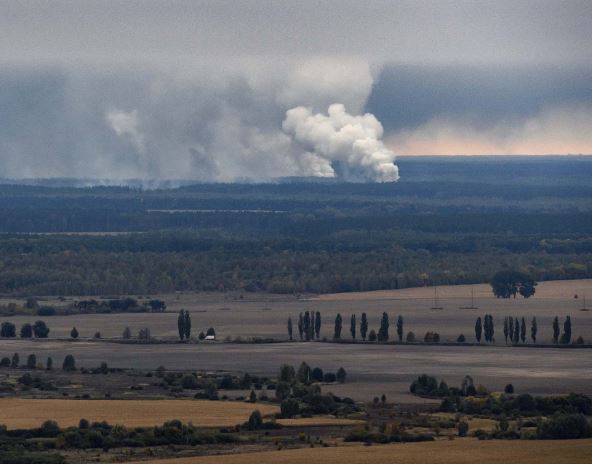 KIEV, Oct. 9 (Xinhua) -- The Ukrainian authorities are investigating sabotage as a possible cause of the fire at a Ukrainian army ammunition depot in the northern Chernigiv region, a senior military official said on Tuesday.

"Several versions are being examined, including the possible act of sabotage," Rodion Tymoshenko, deputy chief of the General Staff of the Ukrainian Armed Forces, told reporters during a media briefing.

He said that the preliminary investigation has found that four separate blasts occurred in different parts of the arms storage facility before the fire started.

Earlier, the General Staff said that the blast rocked the ammunition depot near the town of Ichnya, about 170 km east of Kiev, at about 3:30 a.m. local time (0030 GMT), triggering a fire and the subsequent massive detonation of the ammunition.

The firefighters and the army's emergency response teams are working at the site to extinguish the fire that engulfed 10 percent of the 682-hectare depot.