WORLD Ukraine kicks off 2nd round of presidential election

Ukraine kicks off 2nd round of presidential election 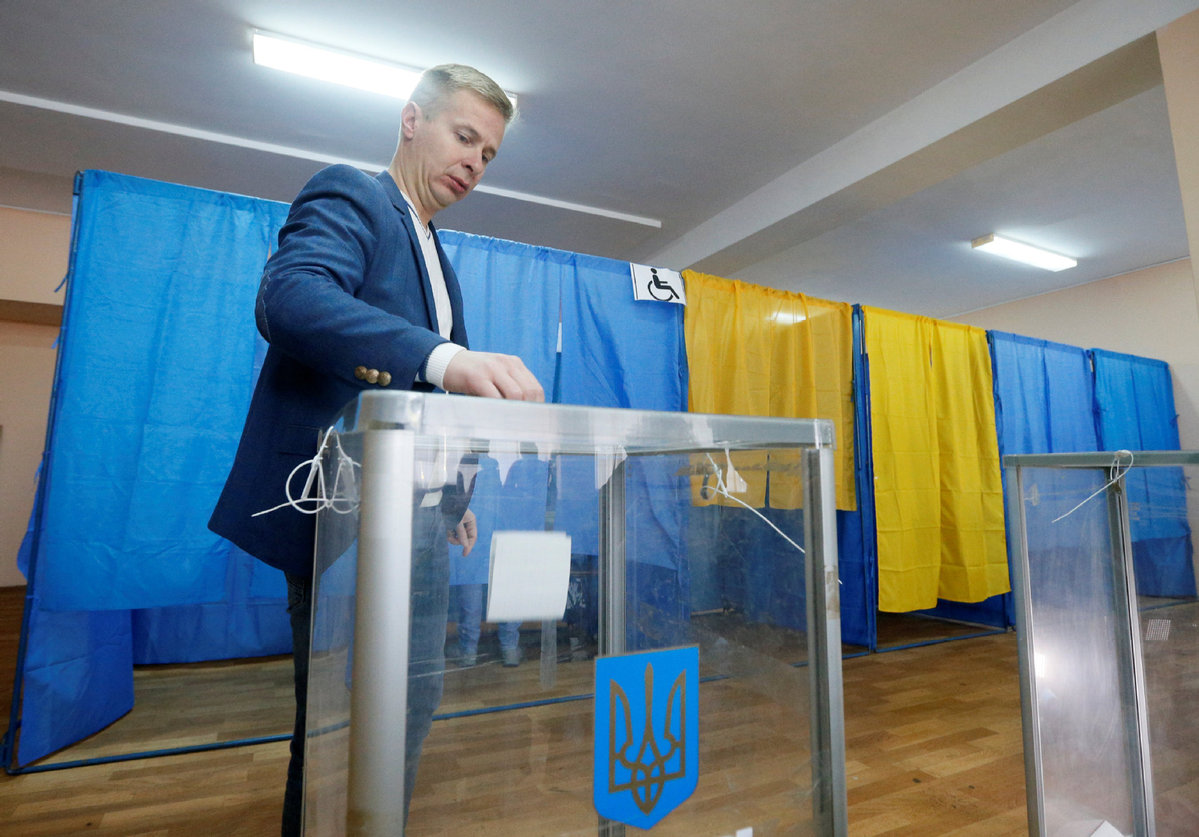 A voter casts his ballot at a polling station during the second round of a presidential election in Kiev, Ukraine April 21, 2019. (Photo: Agencies)

KIEV - Ukrainians began to cast their ballots on Sunday in a second round of the country's presidential election between actor Volodymyr Zelensky and incumbent President Petro Poroshenko.

More than 30.3 million voters are eligible to cast their ballots. 199 electoral districts were set up in the country with over 29,900 polling stations. There are also polling stations created abroad.

Over 130,000 law enforcement officers are deployed across the country to maintain order during the election.

Ukraine's Central Electoral Commission (CEC) has registered 2,700 international observers from 21 countries and 20 international organizations to monitor the voting process in the election runoff.

In the first round of the presidential election on March 31, Zelensky and Poroshenko garnered 30.24 percent and 15.95 percent of the vote respectively. Since no candidate got more than 50 percent, the top two will compete in the runoff.

The results of the second round are set to be announced by the CEC by May 1 and the new president is expected to take office no later than June 3.