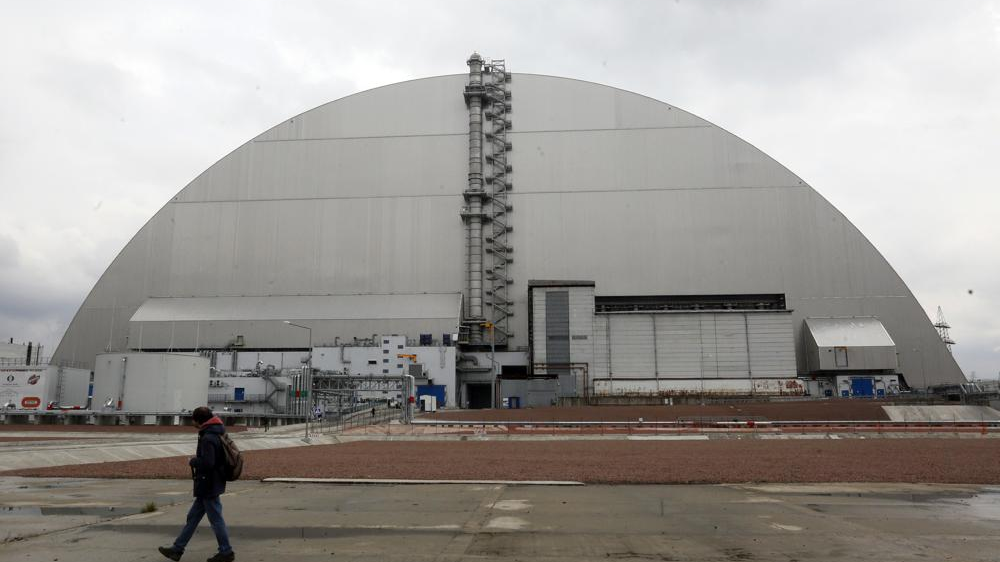 A man walks past a shelter covering the exploded reactor at the Chernobyl nuclear plant, in Chernobyl, Ukraine, Thursday, April 15, 2021. (Photo: AP)

The Ukrainian nuclear operator company said on Thursday that Russian troops were leaving the Chernobyl nuclear power plant and heading towards Ukraine's border with Belarus.

The operator, Energoatom said that the Russian military was also preparing to leave Slavutych, a nearby city where power plant workers live.

It wasn't immediately clear why the Russian troops decided to leave Chernobyl.

Energoatom said the Russians have signed a document confirming the handover of the Chernobyl plant and stating that the plant's administration doesn't have any complaints about the Russian troops who were "guarding" the facility.

"It turns out that the occupiers 'guarded' the station for more than five weeks, and even so well that there are no complaints," Energoatom said in a statement on Telegram.