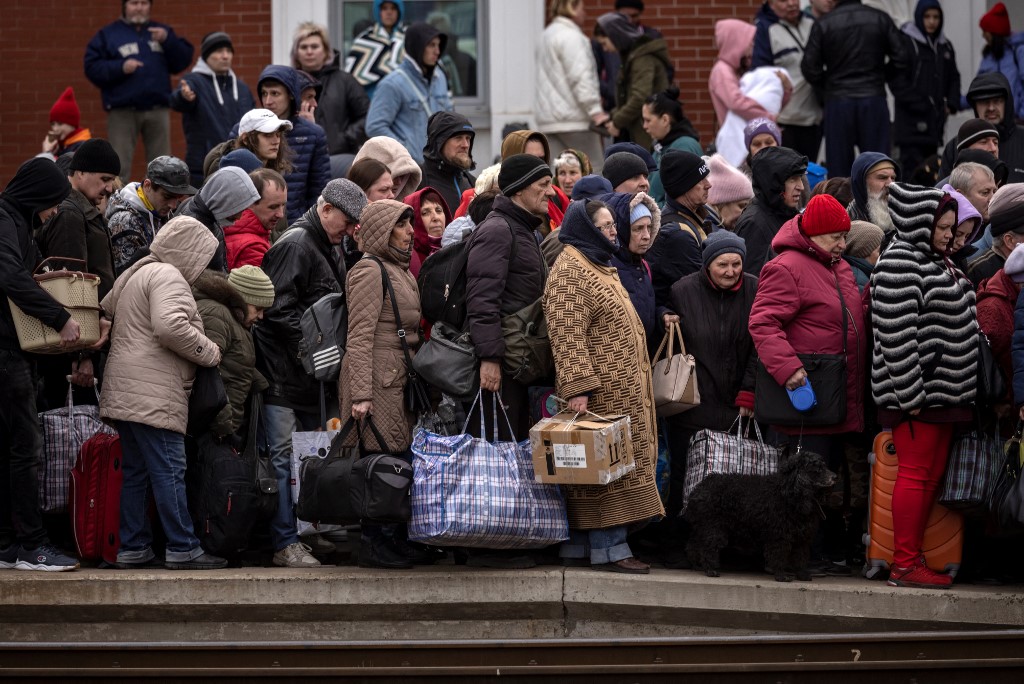 Families hold bags as they wait to board a train at Kramatorsk central station as they flee the eastern city of Kramatorsk, in the Donbass region on April 5, 2022. (Photo: AFP)

One humanitarian corridor was set up to allow civilians to leave Mariupol in Donetsk, where there has been fierce fighting, via private transport.

On Tuesday, some 3,800 people were evacuated from conflict-affected areas in Ukraine.