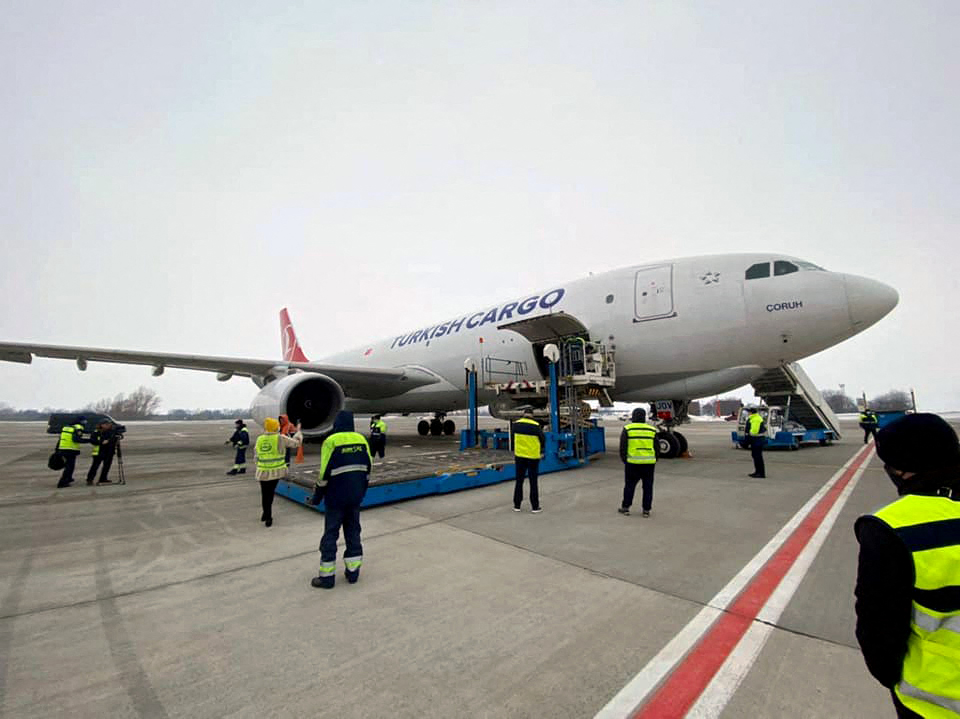 KIEV, Feb. 23 (Xinhua) -- An airplane from India delivering the first batch of the Oxford-AstraZeneca COVID-19 vaccine has landed at the Boryspil airport on Tuesday, Ukrainian Health Minister Maxym Stepanov said on his official Facebook page.

"A cargo plane with the Oxford-AstraZeneca (CoviShield) vaccine has landed in Ukraine. The first batch of half a million doses has been received. Now we are urgently clearing the cargo and the vaccine will immediately go to the regions so that we can start the first stage of the vaccination," the minister said in his message on Facebook.

The Oxford-AstraZeneca COVID-19 vaccine produced at the facilities of the Serum Institute in India was registered for emergency use in Ukraine on Monday, Feb. 22. Previously, it was approved for emergency use by the World Health Organization, the European Union Britain and India.

The country's health ministry has already approved a plan for vaccinating the population, under which 50 percent of the population, or more than 20 million people, will get the vaccination in 2021-2022.