Ukraine on Tuesday reported a record number of new deaths from coronavirus, with 333 fatalities over the past 24 hours, as authorities warned of a "very difficult period" ahead. 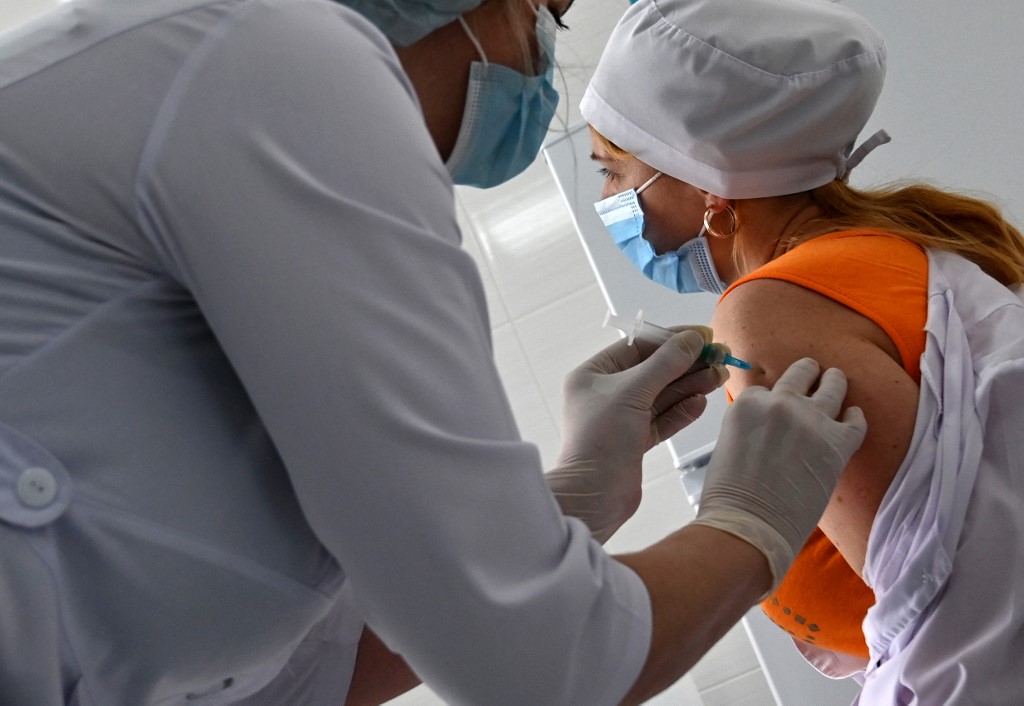 A medical worker receives a dose of the Oxford/AstraZeneca vaccine against the coronavirus disease, marketed under the name Covishield and produced in India, in the Kiev hospital on March 15, 2021. (File photo: AFP)

Health Minister Maksym Stepanov said that despite the start of a vaccination campaign the situation in the ex-Soviet country was "getting worse".

"We are entering a very difficult period," Stepanov told reporters.

Last week Prime Minister Denys Shmygal warned of the possibility of a new national lockdown and urged regional authorities to impose stronger restrictions to curb the spread of the disease.

The country has recorded over 1.5 million infections and more than 30,000 deaths from the virus since the pandemic began.

One of the poorest countries in Europe, Ukraine has an ageing healthcare system.

Ukraine has so far received only 500,000 doses of the AstraZeneca/Oxford vaccine for its population of 40 million people.

Ukraine launched a vaccination campaign in February, far behind its neighbours. In the first four weeks, more than 120,000 people received a first jab, the health ministry said.