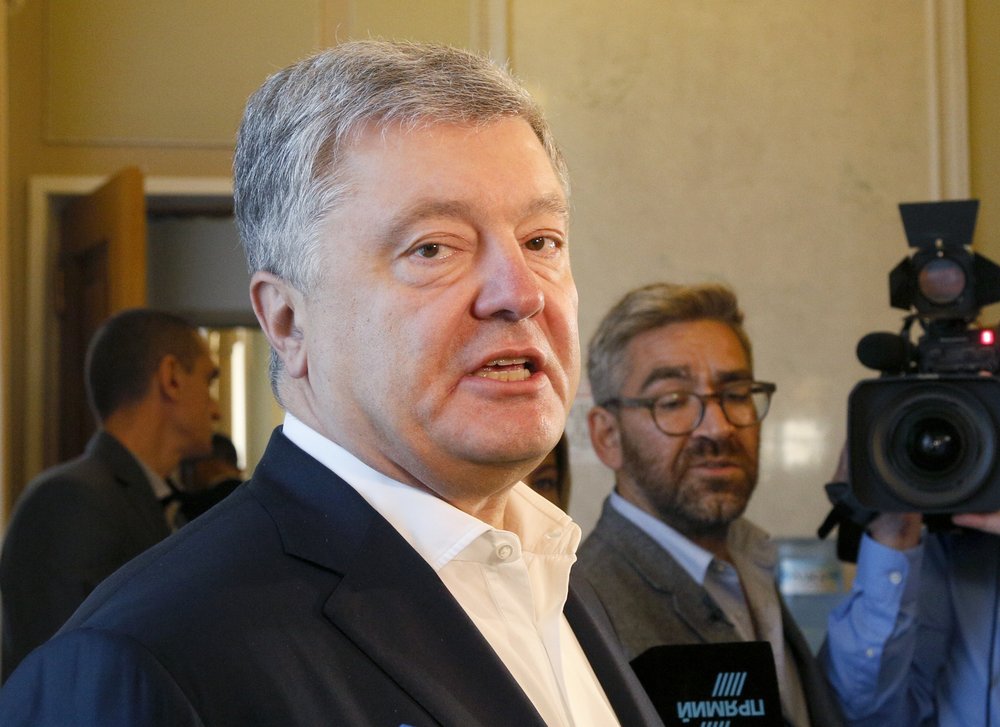 Ukraine’s former president said Wednesday he discussed investments with President Donald Trump’s attorney, Rudy Giuliani, in 2017, but that he never discussed Ukrainian companies with any US official.

Like many Ukrainians, former President Petro Poroshenko is trying to distance himself from the US impeachment inquiry into Trump, triggered by a phone call between the American leader and Poroshenko’s successor, Volodymyr Zelenskiy.

“We definitely do not want to be involved in the political process inside the United States,” Poroshenko, now a member of parliament, told reporters.

Poroshenko said he met Giuliani in 2017 as a “friend of Ukraine” and they discussed “political support and investment” but nothing else. He wouldn’t elaborate.

“We never ever spoke about commercial companies” with Trump, former President Barack Obama, current Democratic presidential candidate Joe Biden, or “any US officials,” said Poroshenko, who led Ukraine from 2014 to 2019.

Giuliani wants Ukraine to investigate Biden, whose son Hunter served on the board of the Ukrainian gas company Burisma. Trump asked Zelenskiy to “look into” the Bidens in a July 25 phone call that is now at the center of an impeachment inquiry.

In his first public comments on the phone call, Russian President Vladimir Putin said Trump’s critics are using “every excuse to attack” the US president. Putin made his remarks at a conference in Moscow.

Poroshenko said he was not aware that Giuliani had met with then-Ukrainian prosecutor Yuriy Lutsenko.

Like Poroshenko, many Ukrainians are shrugging off US efforts to impeach Trump as someone else’s problem.

But they are worried about one thing: that Ukraine’s role in the Trump affair strengthens Russia’s hand, and hobbles the politically inexperienced Zelenskiy just as he’s trying to tackle the problems that matter to them most: corruption and an armed conflict with Russian-backed separatists in the east that has divided their nation.

Zelenskiy announced an agreement Tuesday with Ukrainian separatists that paves the way for peace talks to end five years of fighting, but Ukrainian nationalists denounced it as capitulation to Russia.

The US scandal “is weakening Zelenskiy’s standing inside the country,” said Tatyana Stanovaya, head of the R.Politik political analysis firm.

A rough transcript of the July phone call between Trump and Zelenskiy shows the Ukrainian leader flattering Trump, criticizing the US ambassador and European leaders, and saying Ukraine’s chief prosecutor is “my guy.”

“He gave a reason to doubt his ability to be an honest president,” Stanovaya said. “It’s the first big blow for him” since he overwhelmingly beat Poroshenko in Ukraine’s April election.

Zelenskiy’s comments on the call will fuel the Kremlin’s view that Ukrainian leaders are beholden to US interests.

As the impeachment process heats up, the US State Department gave initial approval to a $39 million sale of anti-tank missiles to Ukraine to help the country battle Russia-backed separatists. The proposed aid is in addition to some $400 million in US military aid released last month.