KIEV, May 20 (Xinhua) -- New Ukrainian President Volodymyr Zelensky announced in his inaugural speech on Monday the dissolution of the Ukrainian parliament, paving the way for early parliamentary elections. 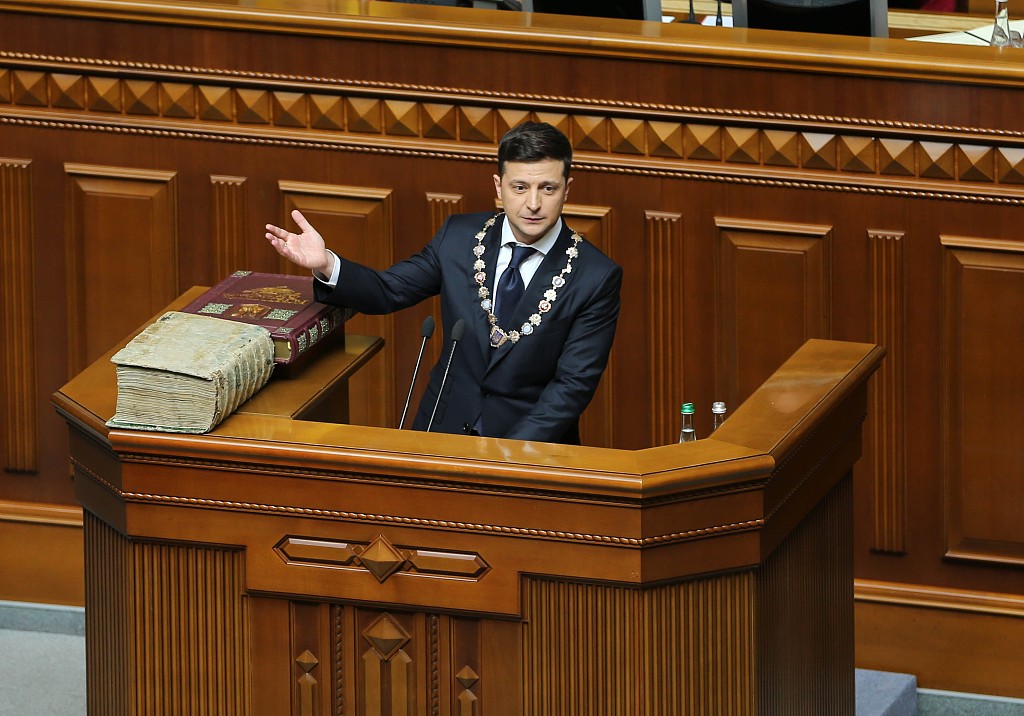 Ukrainian President Volodymyr Zelenskiy takes oath during his presidential oath-taking ceremony at the Ukrainian Parliament in Kiev, Ukraine on May 20, 2019. (Photo: VCG)

The snap elections will be held in two months, according to a statement on the presidential website. However, the official decree on the dissolution of the parliament has not yet been unveiled.

The leader of the "Samopomich" parliamentary faction Oleg Berezyuk told the local media that consultations on the parliament's dissolution will be held on Tuesday.

Zelensky, 41, was elected with over 73 percent of the vote as president of Ukraine on April 21 for a five-year term.

The next parliamentary elections had been originally set for Oct. 27.