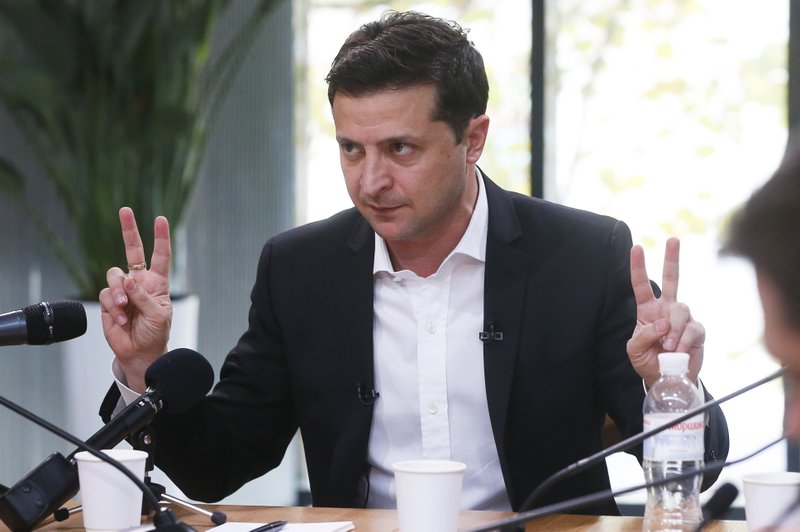 Ukraine’s president on Wednesday urged a group of lawmakers to take a lie detector test to show they are not involved in a widening corruption scandal.

Volodymyr Zelenskiy’s ruling party has been shaken by local media reports that several of its members at the Supreme Rada accepted up to $30,000 in bribes each for pushing through an amendment this month that would benefit property companies linked to another lawmaker.

Ukraine’s Special Anti-Corruption Prosecutor’s Office earlier on Wednesday announced an investigation into reports concerning 11 lawmakers from the Servant of the People party.

Zelenskiy, who has been on a visit to Japan since early this week, put out a statement on Wednesday urging all members of the Rada’s finance committee to take the polygraph test to dispel the rumors or face the consequences.

“If this test reveals even the slightest possibility that any of the lawmakers took money for voting at the committee, anti-corruption agencies will deal with these lawmakers,” he said. “I’m not going to allow anyone inside the faction or outside to cast the shadow on the political movement that won a majority mandate from the Ukrainian people.”

David Arakhamiya, head of the Servant of the People faction at the Rada, told the Ukrainska Pravda website on Wednesday that almost all the members of the finance committee have already agreed to undergo the test.

Zelenskiy, a political novice and Ukraine’s arguably best-loved comedian, won the presidential election in April by a landslide on a promise to battle the country’s endemic corruption and pushed for a snap parliamentary election shortly after that, arguing that the previous Rada was too corrupt.

His Servant of the People party, named after the TV show in which Zelenskiy played a Ukrainian president, won an absolute majority in parliament in July, a first in Ukraine’s modern history. Analysts raised concerns about some of the new lawmakers, saying that the party list was drafted too hastily and that the individuals lower down on the party roll had not been vetted thoroughly enough.

Zelenskiy, who has said he needed a friendly parliament to embark on an ambitious program of reforms, claimed this month that many first-time members of parliament from Servant of the People are facing threats from other political parties.