KIEV, May 14 (Xinhua) -- Ukraine and Russia are negotiating the evacuation of 60 people from the Azovstal steel plant in Mariupol, the state-run Ukrinform news agency reported Saturday. 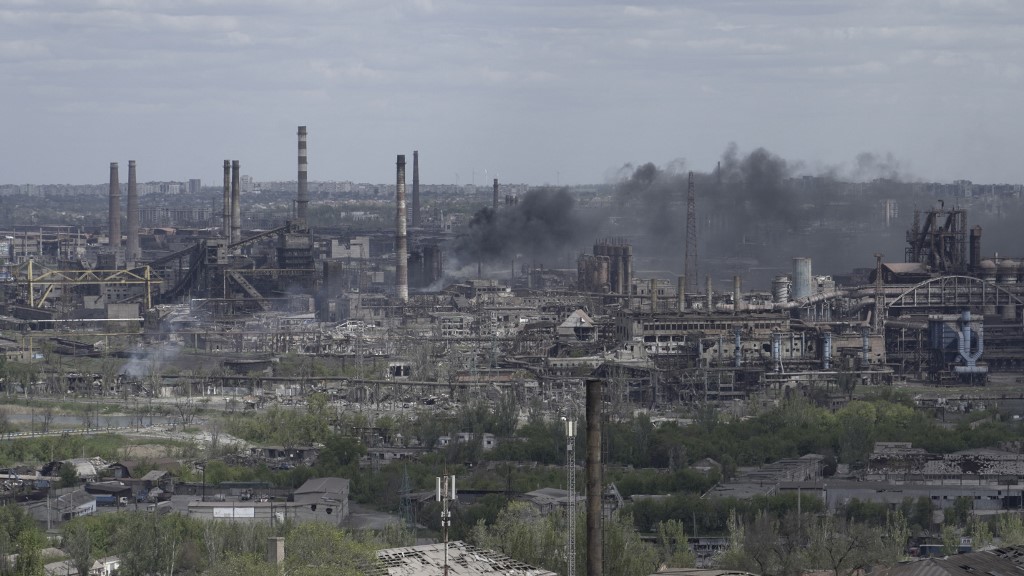 At the current stage, the evacuation concerns severely injured soldiers and medical workers, Ukrainian Deputy Prime Minister Iryna Vereshchuk was quoted as saying, who added that there are several hundred injured at the Azovstal plant in total.

On Thursday, Vereshchuk said that Ukraine seeks to exchange 38 severely injured soldiers from Azovstal for the captured Russian military servicemen.

Ukraine says all women, children and the elderly at the Azovstal plant were evacuated earlier this month.

Mariupol, a key Azov Sea port city in eastern Ukraine, has seen one of the worst bouts of bloody violence in the Russia-Ukraine conflict.

The Azovstal plant, which covers an area of about 11 square km, is the holdout of the Ukrainian forces in Mariupol.