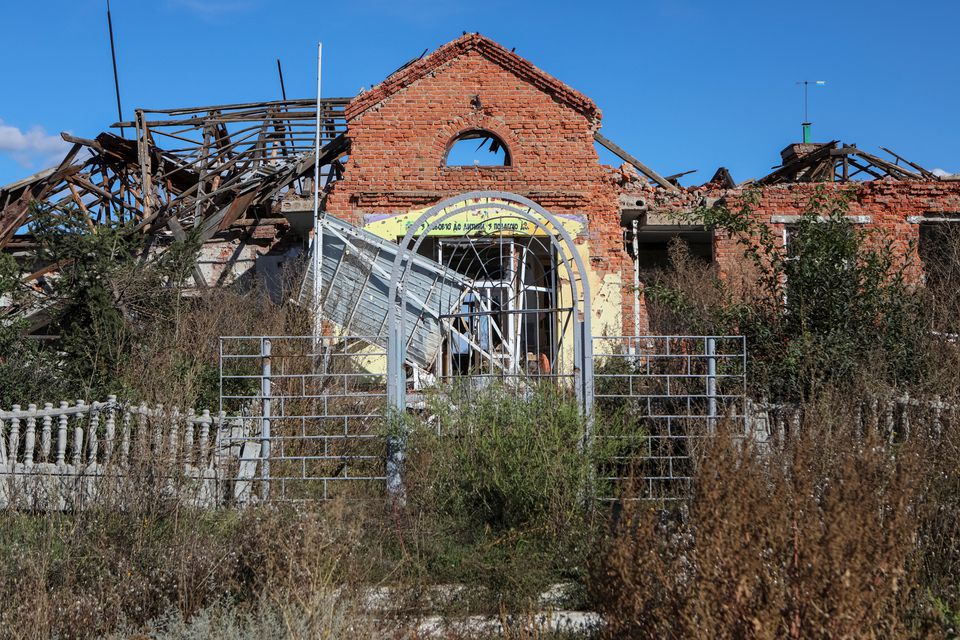 Ukrainian forces have entered the town of Kupiansk in the Kharkiv region, a key supply hub that the Russian forces had held for several months, the Security Service of Ukraine revealed in a tweet on Saturday.

Natalia Popova, adviser to the head of the Kharkiv regional council, shared photos on Facebook Saturday, showing troops raising the nation's flag over the main railway city, according to Reuters, adding that Ukrainian police were patrolling towns and there were boxes of ammunition lying in heaps at positions abandoned by fleeing Russian soldiers.

In a video delivered by Ukrainian President Volodymyr Zelenskyy on Friday, he claimed "the Armed Forces of Ukraine liberated and took control of more than 30 settlements in Kharkiv region," adding that actions to check and secure the territory are still continuing in some villages.

There has been no response from the Russian side.

Thousands of Russian soldiers could be trapped at the frontline and cut off from supplies if Ukraine captured Kupiansk as it has supplied Russian forces since March.

Russian state news agency Tass reported on Friday that the Ukrainian army uses HIMARS against civilians in the Kharkiv region and Russia was using air defense systems in an attempt to fend off Ukrainian attacks in the area and rushing extra troops to reinforce the area.