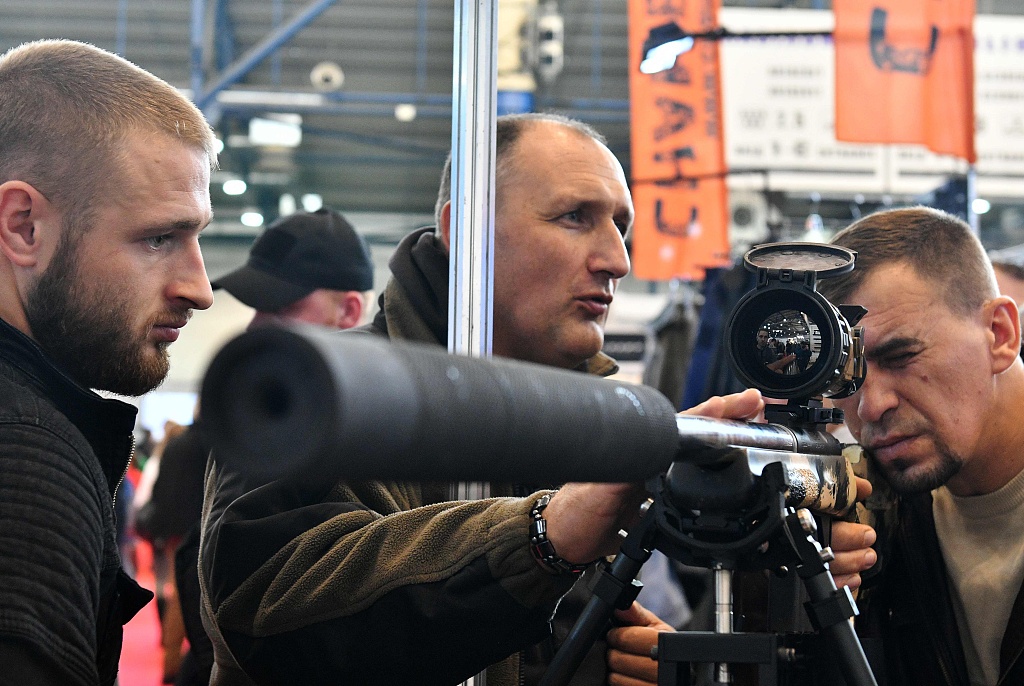 A visitor aims with a rifle on display at the exhibition "Arms and Security" in Kiev on October 10, 2018. (File photo: VCG)