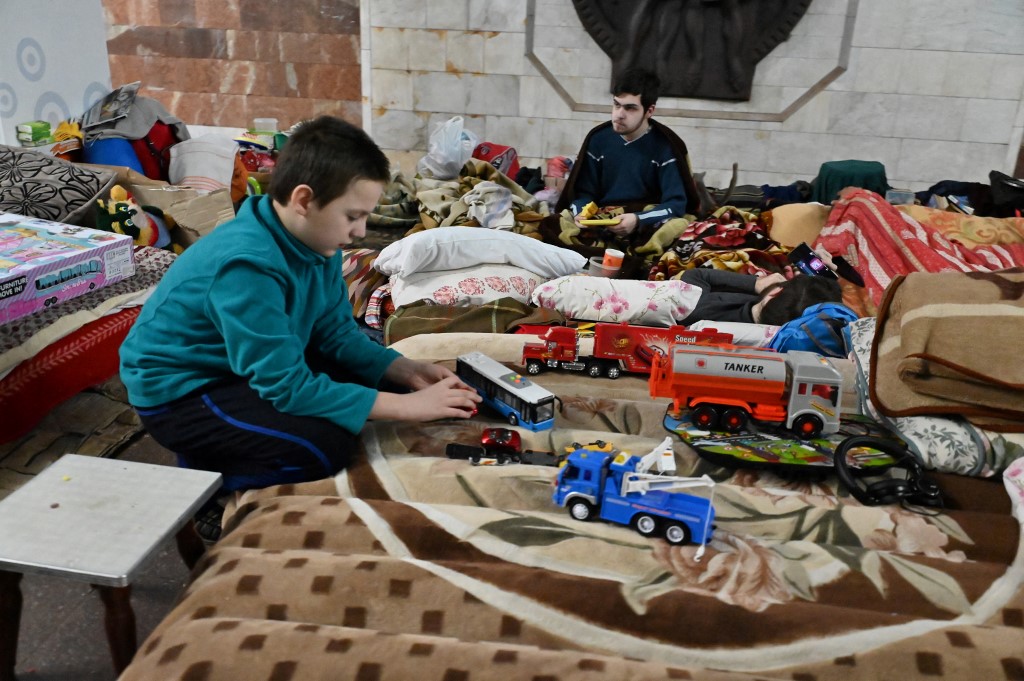 A child plays as he shelters with others in a subway station on the northern outskirts of second largest Ukrainian city of Kharkiv, late April 23, 2022. (File photo: AFP)

The centers, equipped with power generators, will provide people with heat, electricity, water, internet and medicines.

About 70 percent of households in Kiev still suffered power cut as of Thursday morning, Mayor Vitali Klitschko said on Telegram.

All critical power facilities across the country have been connected to the grid, Energy Minister Herman Galushchenko was quoted by the government-run Ukrinform news agency as saying.

Galushchenko estimated that the nuclear power plants will resume operation by Thursday evening.

On Wednesday, Russia carried out missile strikes against Ukraine, resulting in 10 deaths, said Ukrainian authorities, adding that the attack disconnected the country's all four operating nuclear power plants and other major power facilities from the grid and triggered massive outages.