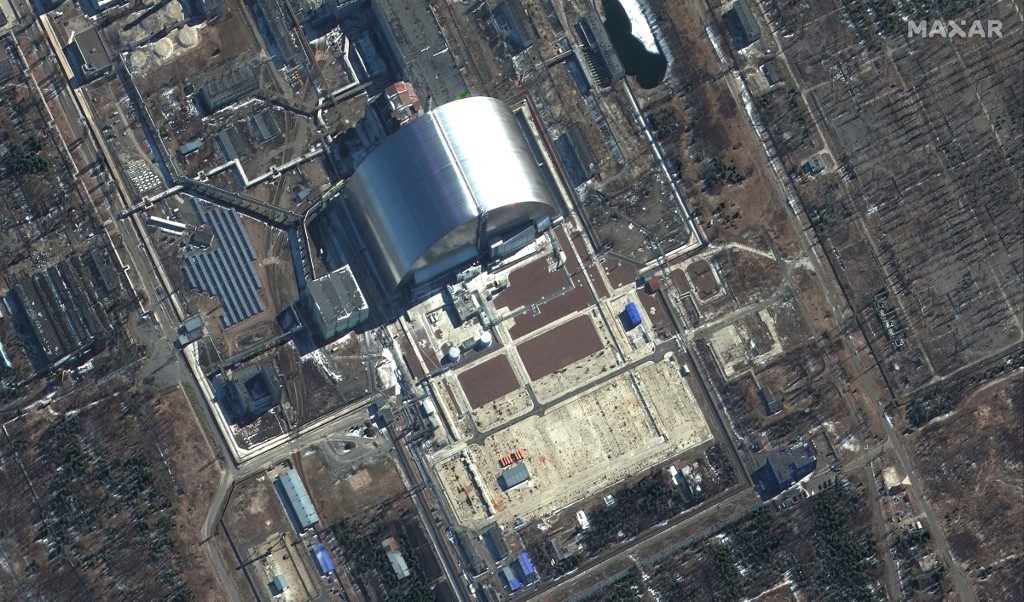 This file photo shows a Maxar satellite image taken and released on March 10, 2022 of an overview of the Chernobyl Nuclear Power Plant in Pripyat, Ukraine. (Photo: AFP)

VIENNA, March 31 (Xinhua) -- The International Atomic Energy Agency (IAEA) said Thursday it had been informed by Ukraine that Russian forces that had been in control of the Chernobyl nuclear power plant were leaving the facility and had "in writing, transferred control" of the plant to Ukrainian personnel.

The remaining Russian forces at the Chernobyl site were also presumed to be preparing to leave, according to the statement.

The IAEA said it was in close consultations with Ukrainian authorities on sending a first assistance and support mission to Chernobyl in the next few days.

The UN nuclear watchdog said it had not been able to confirm reports of Russian forces receiving high doses of radiation in the exclusion zone of Chernobyl, but was seeking further information to provide an independent assessment of the situation.

The Chernobyl nuclear plant, some 110 km north of Kiev, suffered one of the worst nuclear accidents in human history on April 26, 1986.

Ukrainian authorities said Russian forces had been in control of the plant since Feb. 24.