WORLD Ukraine to join NATO only after referendum: Zelensky

Ukraine to join NATO only after referendum: Zelensky 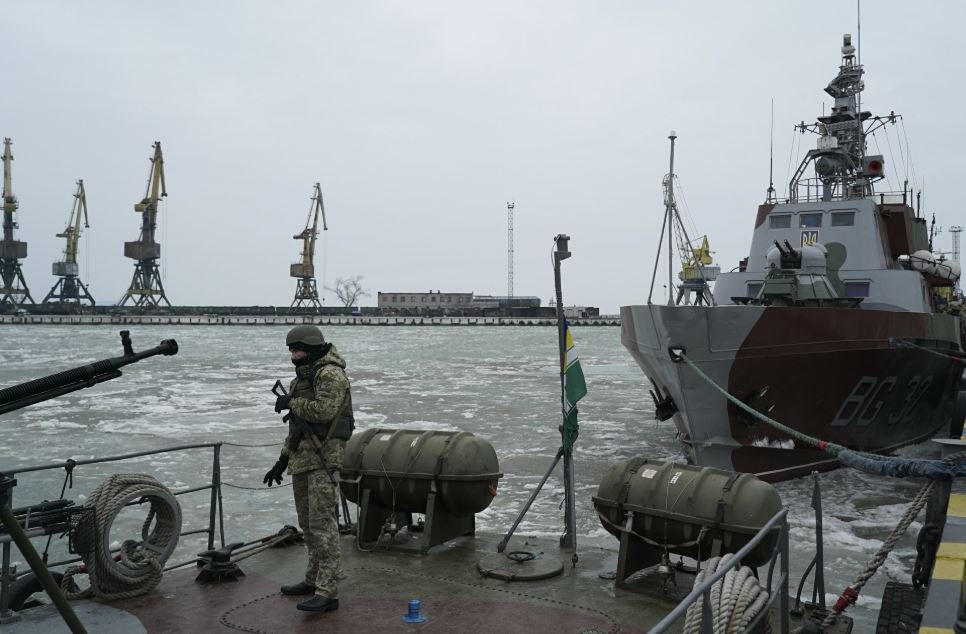 A Ukrainian serviceman stands on board a coast guard ship in the Sea of Azov port of Mariupol, eastern Ukraine, Monday, Dec. 3, 2018. (Photo: AP)

"Joining NATO will give security to our country... We have to tell the Ukrainians what NATO is and that it is not bad," said Zelensky in a TV interview.

"When the Ukrainians are ready, we will definitely put this question in a referendum, and Ukraine will join NATO," he said.

During a joint briefing with NATO's Secretary General Jens Stoltenberg in Brussels on Tuesday, Zelensky said that joining NATO and the European Union was a foreign policy priority for Ukraine.