WORLD Ukrainian martial law may cause escalation of tensions in Donbass: Kremlin

Ukrainian martial law may cause escalation of tensions in Donbass: Kremlin

MOSCOW, Nov. 27 (Xinhua) -- The introduction of martial law in parts of Ukraine may lead to an escalation of tensions in the Ukrainian region of Donbass, Kremlin spokesman Dmitry Peskov said Tuesday. 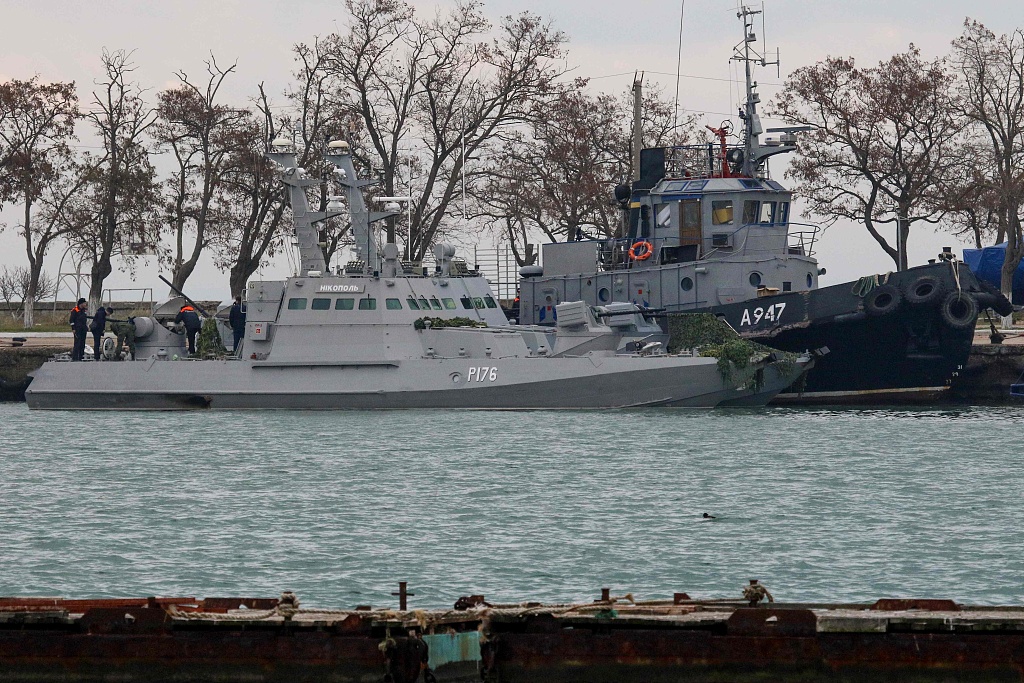 Seized Ukrainian military vessels are seen in a port of Kerch, Crimea, on November 26, 2018. (Photo: VCG)

Peskov also said Ukraine's introduction of martial law in parts of the country has "a special and little camouflaged color" in view of the upcoming presidential election in Ukraine in March 2019.

The Ukrainian parliament on Monday passed a bill imposing martial law in certain regions of the country bordering Russia for 30 days from Wednesday.

The Donbass region has been troubled by tensions and violence since 2014 amid protests by pro-Russian and anti-government groups.

Ukrainian President Petro Poroshenko initially intended to impose martial law for 60 days, which, according to some analysts, could prevent the country from holding the March election.

Tensions have been rising after Russian border guards on Sunday opened fire and seized three Ukrainian naval ships near the Kerch Strait connecting the Black Sea and the Sea of Azov, injuring several Ukrainian sailors.

Russia's Federal Security Service said that the Ukrainian ships breached the Russian border and conducted dangerous maneuvers despite orders from the Russian side.

Peskov said that the incident near the Kerch Strait would not impact the G20 summit in Argentina on Friday and Saturday, during which Russian President Vladimir Putin will meet with his US counterpart Donald Trump.

If questions are raised about the Kerch Strait incident during Putin's bilateral meetings, no one should have any doubts that he would give "exhaustive explanations," Peskov said.