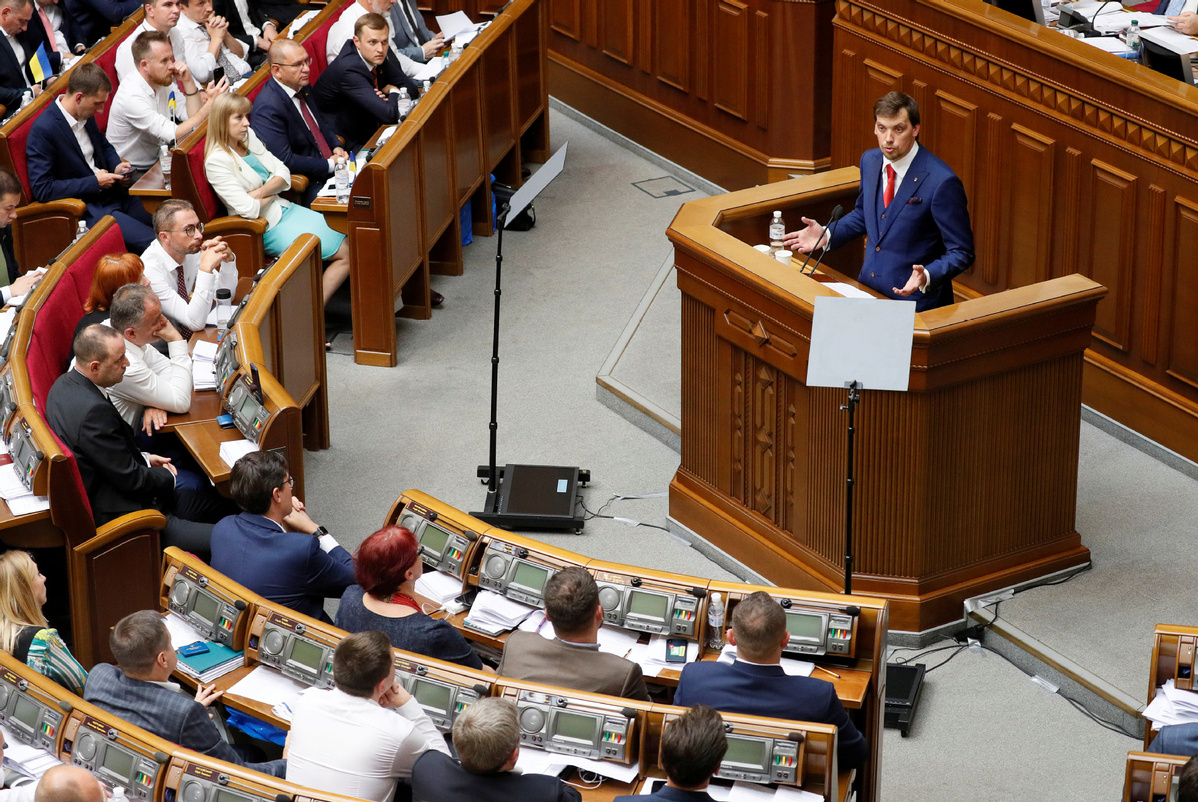 Ukraine's prime minister offered his resignation on Friday after audio was leaked of him reportedly criticising President Volodomyr Zelensky's understanding of the economy.

"To remove any doubts about our respect for and trust in the president, I have written a resignation letter and handed it over to the president," Oleksiy Goncharuk wrote on his official Facebook page.

He said the audio "artificially created an impression that my team and I do not respect the president".

"This is not true," he said. "I came to this post to carry out the president's programme."

Zelensky's office said it had received the letter of resignation and would consider it.

The alleged recordings, which emerged this week, came from an informal December meeting between ministers and senior officials from the National Bank.

According to local media reports, the participants discussed how to explain recent economic developments to Zelensky, a 41-year-old comedian and political neophyte who won a surprise election victory last year.

Goncharuk, 35, is reportedly heard saying that explanations need to be simple because Zelensky has a "primitive understanding" of the economy.

He also called himself an economic "ignoramus".

After the recordings emerged on Wednesday, media reported that Goncharuk resigned but his office denied this.