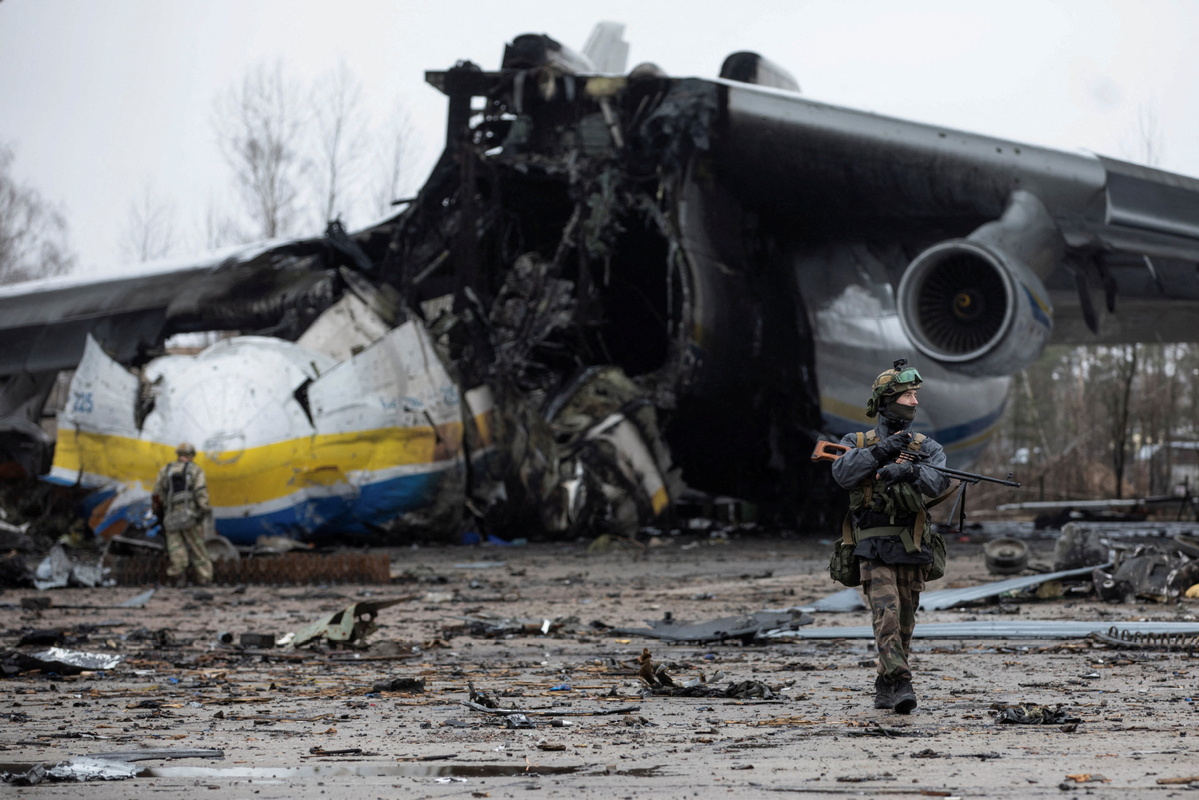 A Ukrainian soldier walks at an airfield in the Kyiv region, Ukraine, on Saturday in front of an Antonov An-225 Mriya, the world's biggest cargo plane, which was destroyed during the conflict. (Photo: China Daily)

Ukrainian President Volodymyr Zelensky has signed a decree to approve the composition of a Ukrainian delegation for the talks with Russia over security guarantees, the Ukrainian president's press service said Monday.

The delegation will be led by David Arakhamia, head of the Ukrainian delegation to the peace negotiations with Russia, according to the decree.

Ukraine's Justice Minister Denys Malyuska, Adviser to the Head of the Presidential Office Mykhailo Podoliak, Defense Minister Oleksiy Reznikov, and six other Ukrainian officials will be members of the delegation, the decree said.

On Saturday, Arakhamia said that the draft agreements that had been discussed during the Ukraine-Russia meeting in Istanbul were ready for discussion by the presidents of Ukraine and Russia.

At the face-to-face negotiations in Istanbul, Kiev proposed to sign a new international treaty on security guarantees, which enshrines obligations for the guarantor countries to provide Ukraine with military assistance in the event of an attack.