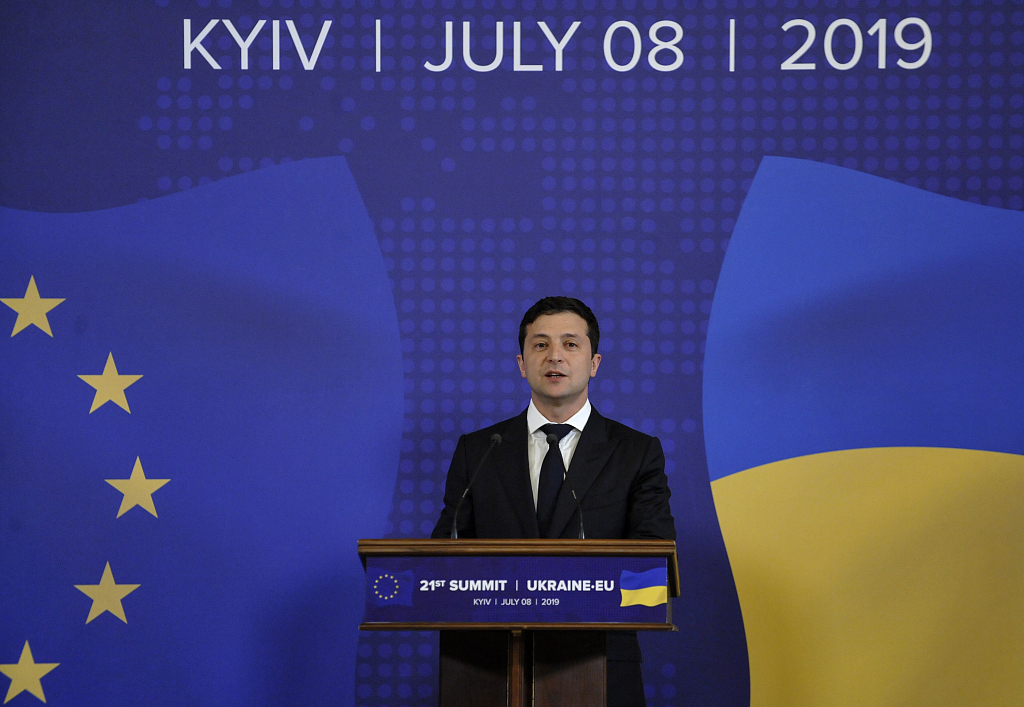 Zelensky congratulated von der Leyen on her new role and wished her success.

"I hope that the European Union's support of reforms and protection of Ukraine's territorial integrity and sovereignty will only continue during your presidency," Zelensky said.

Zelensky also briefed von der Leyen on the reforms in Ukraine and the implementation of the association agreement with the EU.

Von der Leyen in turn reaffirmed the EU's readiness to continue supporting Ukraine in its reform process and providing macro-financial assistance to Ukraine.

Zelensky and von der Leyen also expressed their intention to continue implementing the agreements reached during the 21st Ukraine-EU Summit held in Kiev in July.

On Nov. 27, members of the European Parliament approved the new composition of the European Commission headed by von der Leyen. She became the first woman to take this post.