KIEV, Nov. 26 (Xinhua) -- Ukrainian President Petro Poroshenko early Monday proposed parliament impose martial law in the country, while saying "Ukraine does not plan to fight anyone" over tensions with Russia in the Sea of Azov. 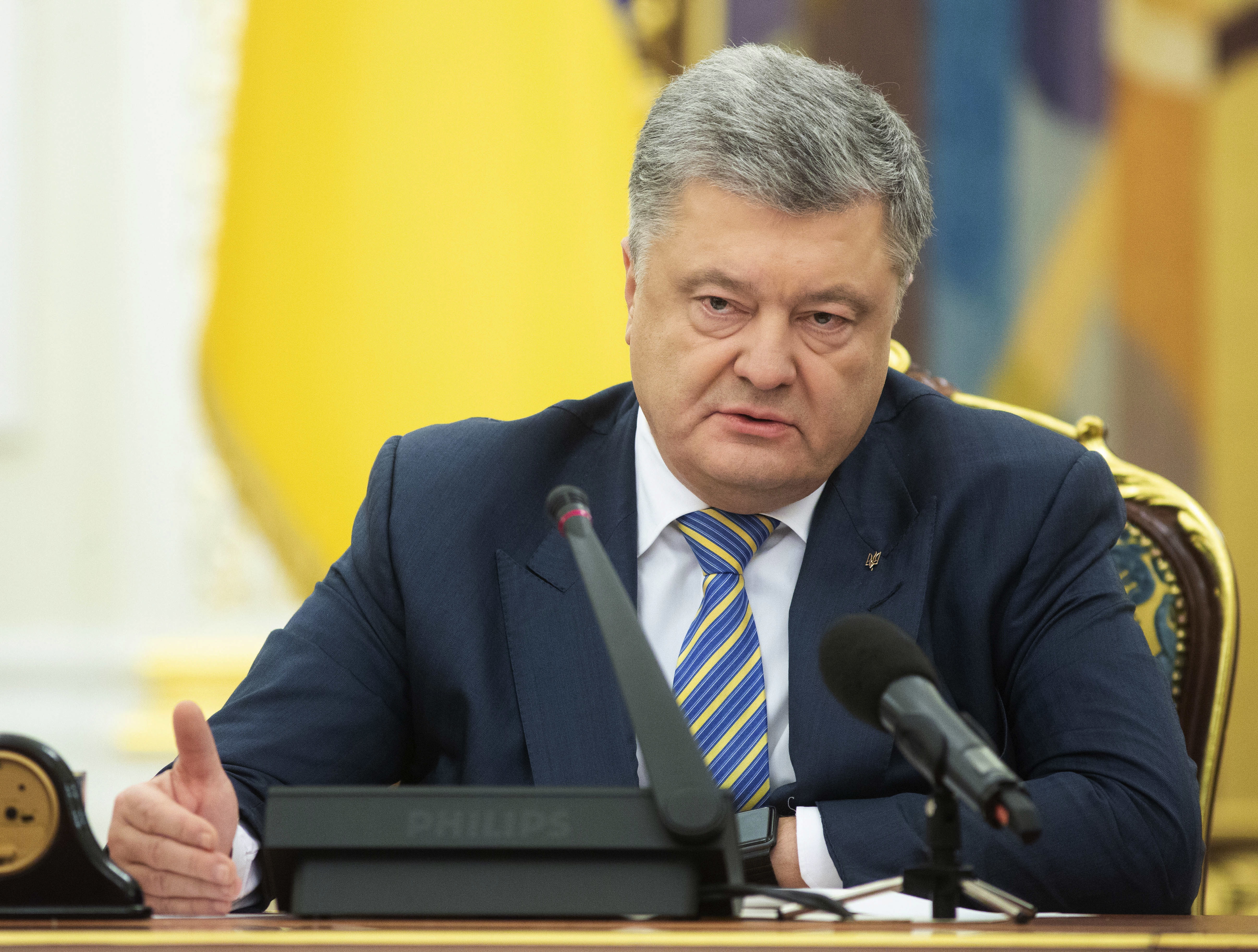 At an emergency meeting of the Ukrainian National Security and Defense Council (NSDC), Poroshenko said that the introduction of the 60-day martial law does not mean that Ukraine will carry out any offensive actions.

"The introduction of the martial law does not mean a declaration of war, Ukraine does not plan to fight anyone. It is introduced exclusively for defense," Poroshenko said.

Yakiv Smoliy, head of Ukraine's central bank, who also attended the NSDC meeting, said that the possible introduction of the martial law would not affect Ukraine's banking system.

Petro Tsygykal, head of the State Border Guard Service (SBGS) of Ukraine said the SBGS would tighten up border control after the introduction of martial law.

On Sunday, the Ukrainian Navy said that Russian forces opened fire on Ukrainian vessels near the Kerch Strait, which separates the Black Sea and the Sea of Azov, damaging two vessels and forcefully stopping another one.

The Ukrainian Navy said it had informed Russia in advance about the passage of Ukrainian vessels from the Black Sea to the Sea of Azov through the Kerch Strait.

Ukraine said Russia's actions were an "act of aggression" which "violated freedom of navigation by unlawfully using force."

Moscow rejects such accusations, saying that Crimea is part of Russia, which can exercise its sovereign rights in nearby waters, and the Kerch Strait is not an international passage.

Crimea was incorporated into Russia in March 2014 following a local referendum, but Kiev and Western countries rejected the results.