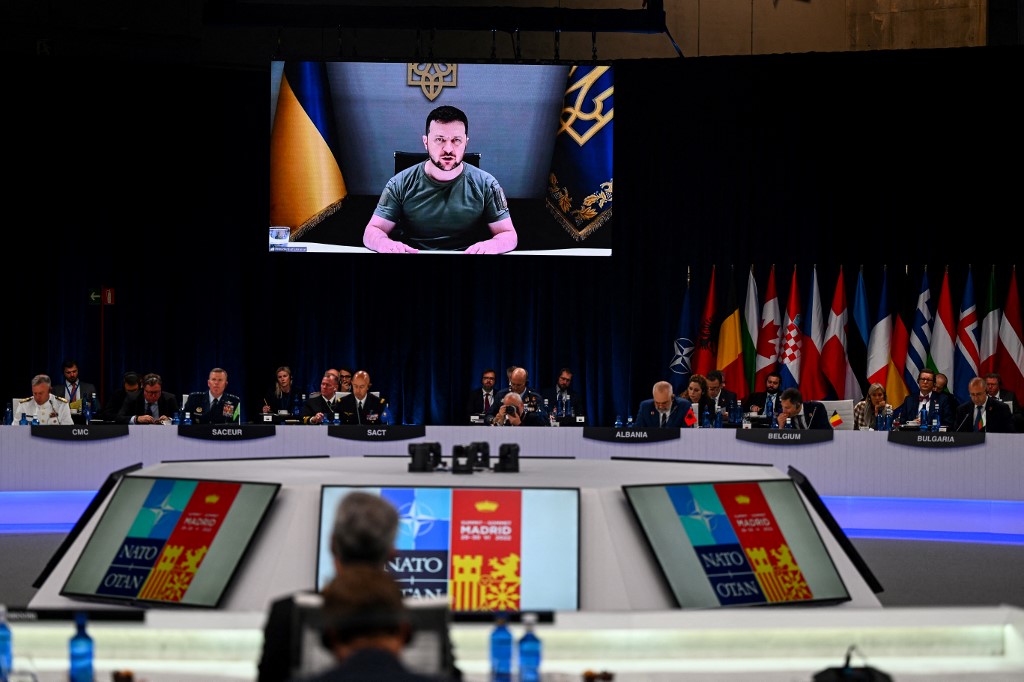 Ukraine's President Volodymyr Zelensky appears on a giant screen as he delivers a statement at the start of the first plenary session of the NATO summit at the Ifema congress centre in Madrid, on June 29, 2022. (Photo: AFP)

In his speech, Zelensky said that Ukraine needs modern missile and air defense systems to protect its cities, and artillery to stand against Russia on the battlefields.

Financial support for Ukraine is no less important than aid with weapons, Zelensky said, noting that his country needs nearly 5 billion U.S. dollars per month for defense and protection.

The Ukrainian leader also called on the NATO member states to continue sanctions against Russia and provide Ukraine with security guarantees.

"We need security guarantees, and you have to find a place for Ukraine in the common security space," Zelensky stressed.

The three-day NATO summit kicked off in Madrid of Spain on June 28.