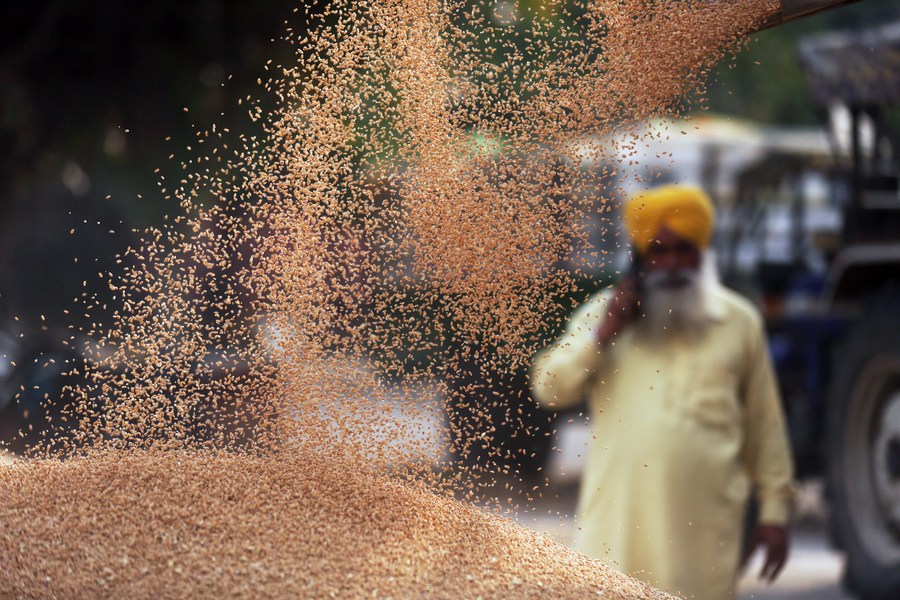 A farmer talks on his cell phone as his freshly harvested wheat is unloaded from a trolley at the grain market in Amritsar district of India's northern Punjab state, April 19, 2022. (Photo: Xinhua)

A total of 397 vessels loaded with agricultural products have departed from the ports of Odesa, Chornomorsk and Pivdenny since the deal took effect on Aug. 1, the ministry said on Facebook.

On July 22, Ukraine and Russia separately signed a deal with Türkiye and the United Nations in Istanbul to resume food and fertilizer shipments from Ukrainian ports to international markets via the Black Sea.

The agreement is due to expire in November, and Ukrainian officials have said that Kiev is interested in extending the deal and expanding the range of goods for exports.