Ukrainian President Petro Poroshenko and his Turkish counterpart Recep Tayyip Erdogan discussed the situation in the Sea of Azov during a phone conversation, Poroshenko's press service said on Wednesday. 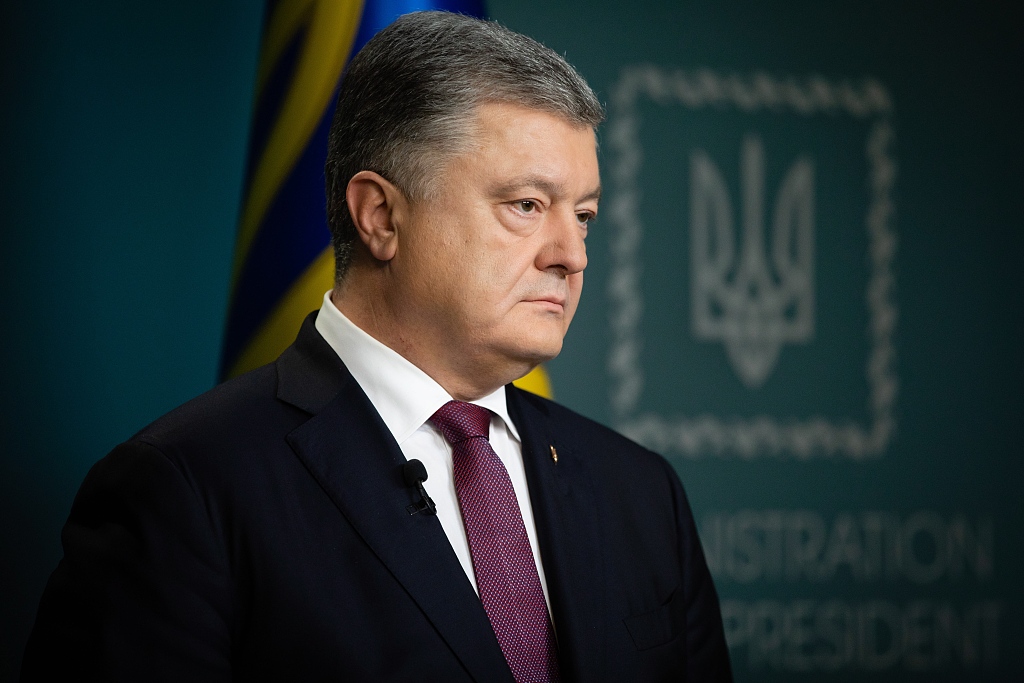 During the talks, Poroshenko informed Erdogan about the tensions between Ukraine and Russia in the Sea of Azov and the introduction of martial law in Ukraine.

The Ukrainian president also asked for the Turkish leader's assistance in releasing Ukrainian sailors and ships captured by Russia during the standoff.

Erdogan condemned the escalation of the tensions in the region and said that the Turkish side would raise the issue at the G20 summit, which will be held from Nov. 30 to Dec.1 in Buenos Aires, the capital of Argentina.

Tensions have been rising after Russian border guards on Sunday opened fire and seized three Ukrainian naval ships near the Kerch Strait connecting the Black Sea and the Sea of Azov, injuring several Ukrainian sailors.

Russia's Federal Security Service said that the Ukrainian ships breached the Russian border and conducted dangerous maneuvers despite orders from the Russian side.

Poroshenko has signed a decree to impose martial law on 10 Ukrainian regions till Dec. 26.