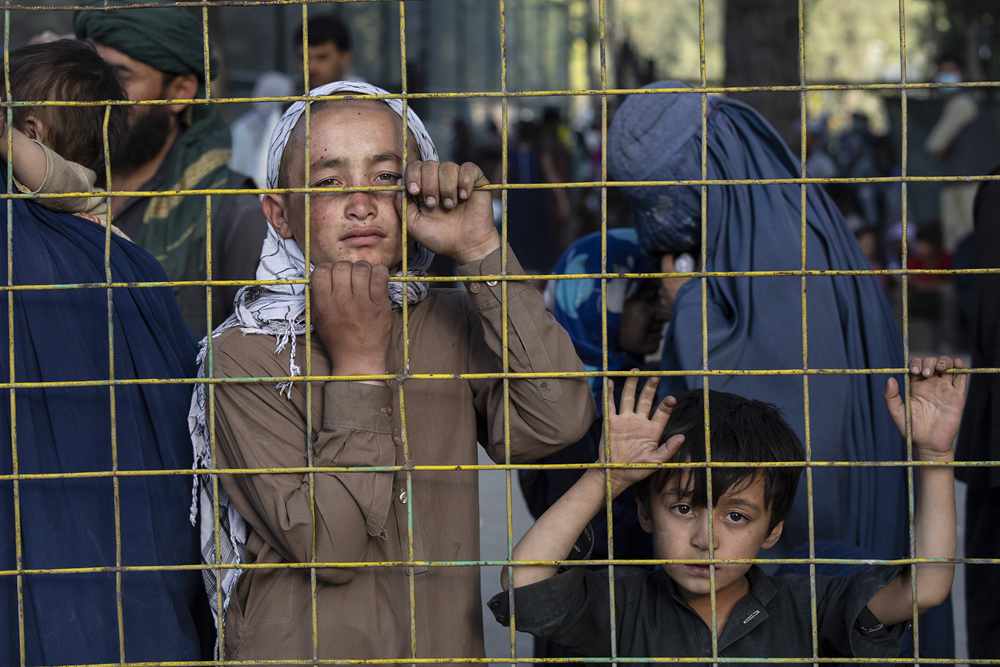 UN agencies on Friday warned of a humanitarian catastrophe in Afghanistan as Taliban advances drive tens of thousands of people from their homes amid spreading hunger.

Insurgents have taken control of the second- and third-biggest cities as Western embassies prepared to send in troops to help evacuate staff, although the United Nations said its 320 staff members would remain.

"We fear the worst is yet to come and the larger tide of hunger is fast approaching... The situation has all the hallmarks of a humanitarian catastrophe," the World Food Programme's Thomson Phiri told a UN briefing.

More than 250,000 people have been forced from their homes since May, 80 percent of them women and children, the UN refugee agency's Shabia Mantoo said. Many reported extortion by armed groups on the way and having to dodge improvised explosive devices along major roads.

Thousands of people are rushing from rural areas to the capital Kabul and other urban centers in search of shelter, another UN official said.

"They are sleeping in the open, in parks and public spaces," Jens Laerke, spokesman of the UN Office for the Coordination of Humanitarian Affairs. "A major concern right now is simply finding shelter for them."

A World Health Organization official reported a doubling of trauma cases in the last two to three months in the health facilities it supports. She also expressed concerns about shortages of medical supplies and said it was training medical staff on mass casualty management.