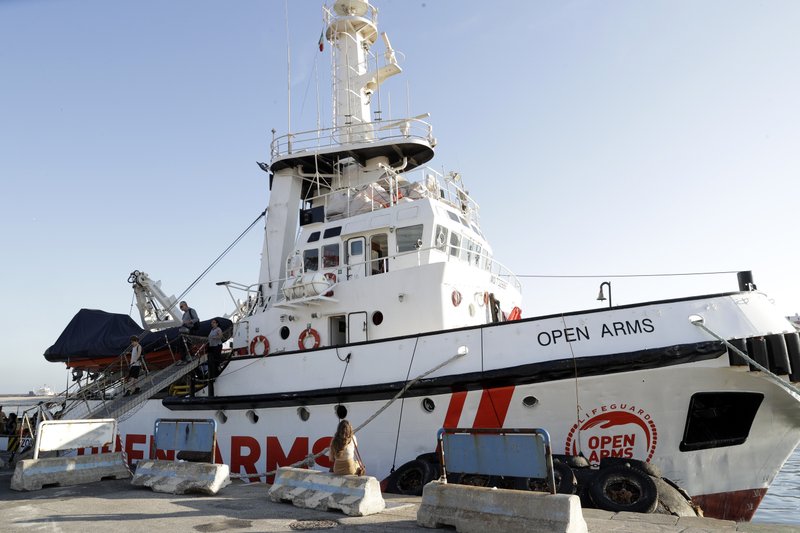 The UN migration and refugee agencies on Friday urged Italy’s government to let 43 migrants from Libya disembark from a boat that had rescued them in the Mediterranean Sea.

Rome hasn’t let the migrants off the Sea Watch 3 onto the Italian island of Lampedusa since the June 12 rescue.

International Organization for Migration spokesman Joel Millman said Libya’s capital had “offered its port to the Sea Watch. The Italian government said they should go to Tripoli.”

UNHCR spokesman Babar Baloch said “the country in which territory this boat is, they have the obligation to let these people disembark,” adding “no one should be returned back” to war-torn Libya.

“These desperate people need to disembark,” Baloch said. “This is an obligation under international law.”

Italian Interior Minister Matteo Salvini, alluding to the Dutch-flagged vessel, said the migrants “can go to the Netherlands.”

Salvini says refugees escaping wars will be welcomed in Italy, but other migrants heading to Europe for economic reasons have no right to enter.

Salvini, who heads the right-wing and anti-immigration League, has adopted a hard stance on migration, refusing to open Italian ports to NGO boats that have rescued migrants in the Mediterranean.