WORLD UN agency: Attacks on schools in Afghanistan tripled in 2018

UN agency: Attacks on schools in Afghanistan tripled in 2018

Attacks on schools in Afghanistan tripled in 2018, compared to the year before, in part because militants targeted schools that were used as polling stations in the country's October parliamentary elections, the United Nations children's agency said Tuesday. 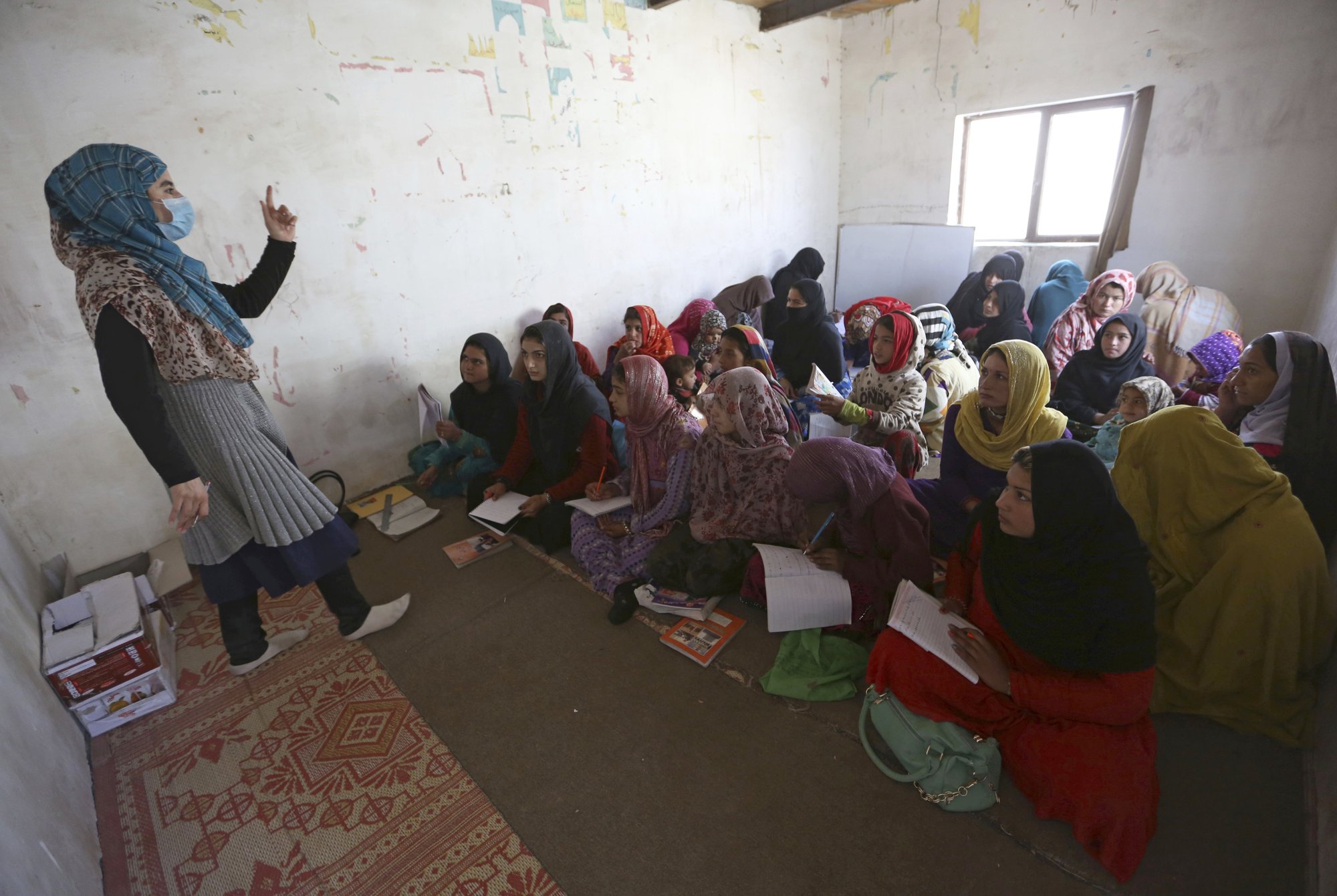 In this Oct. 30, 2017, file photo, Afghan internally displaced school girls and women study at a class near their temporary homes on the outskirts of Kabul. (Photo: AP)

According to UNICEF, the number of attacks on schools went from 68 in 2017 to 192 in 2018 — the first time attacks on schools had increased since 2015. The agency said one of the reasons for the spike was that schools were used as voter registration and polling centers in the elections.

UNICEF also said that Afghanistan's conflict and deteriorating security situation left more than 1,000 schools closed last year and that half a million children were denied their right to education.

"Education is under fire in Afghanistan," said Henrietta Fore, UNICEF's executive director. "The senseless attacks on schools; the killing, injury and abduction of teachers; and the threats against education are destroying the hopes and dreams of an entire generation of children."

An estimated 3.7 million children between 7 and 17 years of age — nearly half of all school-aged children — are out of school in Afghanistan, UNICEF said.

Both the Taliban and the Islamic State group have targeted schools and education facilities across Afghanistan in the past. When they ruled the country, the Taliban — notorious for their repression of women — denied girls the right to education.

Last year's October parliamentary elections were marred by violence and chaos, with 56 civilians killed, as well as at least 11 Afghan security forces. Also, more than 339 people were wounded in nearly 200 attacks on election day across the country — including many on polling centers. The voting took place against the backdrop of near-daily attacks by the Taliban, who have seized about half the country and have repeatedly refused offers to negotiate with the Kabul government, even as they hold talks with the US.

And just two months before the elections, an Islamic State suicide bomber killed 35 high school graduates in a Shiite neighborhood of Kabul as they sat for their university entrance exams. The dead were all teenagers.

In Tuesday's press release, UNICEF added that worsening insecurity, high rates of poverty and persistent discrimination against girls caused the rate of out-of-school children to increase last year for the first time since 2002.

"Girls account for 60% of children not in education," it added.

Girls' education is still frowned upon in much of the conservative Muslim country, and is banned in the steadily expanding areas controlled by the Taliban, now estimated to hold sway over half the country.

The U.N. agency said it was working with the government and other partners to provide informal and accelerated community-based education, including running classes in community buildings and homes to help to reduce the risk of insecurity on the way to school.

UNICEF also called for an end to all attacks on schools and urged all warring parties in Afghanistan to protect education during armed conflict.