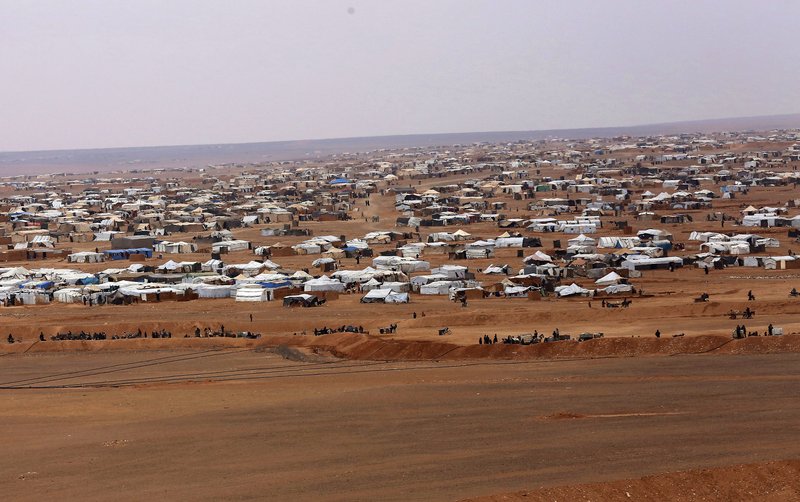 A convoy of 78 trucks carrying life-saving assistance reached a remote camp for the displaced on Syria’s border with Jordan on Saturday, where tens of thousands of people are stranded in the desert amid dwindling supplies.

The United Nations and the Syrian Arab Red Crescent said their joint convoy reached Rukban camp and would deliver assistance to 50,000 people The convoy was supposed to arrive last week but was delayed due to logistics and security concerns. The UN said the operation is expected to take three to four days.

The camp is home to around 45,000 people, many of them women and children, who are camped out in extremely dire conditions. At least four people have died in the past month due to malnutrition and lack of medical care as regional powers trade blame over who is responsible.

“We are delivering food, sanitation and hygiene supplies, nutrition and health assistance in addition to other core relief items in cooperation with the Syrian Arab Red Crescent, said Ali Al-Za’tari, the UN’s humanitarian coordinator in Syria. He said an emergency vaccination campaign to protect some 10,000 children against deadly diseases would also be conducted.

Imad Ghali, a camp resident, told The Associated Press that the aid reached the zone surrounding the camp but has not yet been distributed to residents.

People started gathering in Rukban three years ago, fleeing Islamic State militants and airstrikes by the US-led coalition, Russia and Syria. Jordan sealed its border and stopped regular aid deliveries in 2016 after a cross-border IS attack that killed seven Jordanian soldiers.

The last aid delivery from Jordan was in January, leaving the camp’s residents dependent on goods largely smuggled from government-held areas. The situation sharply deteriorated after the Syrian government blocked supply routes last month following a botched reconciliation deal with rebel groups in the area.

Russia, a close ally of the Syrian government, has blamed the US for the deterioration of the situation in Rukban, which is within a 55-square kilometer (20 sq. mile) “deconfliction zone” set up by US forces stationed in the nearby Tanf military base.

The US-led coalition has denied such allegations and blamed Russia and the Syrian government instead.