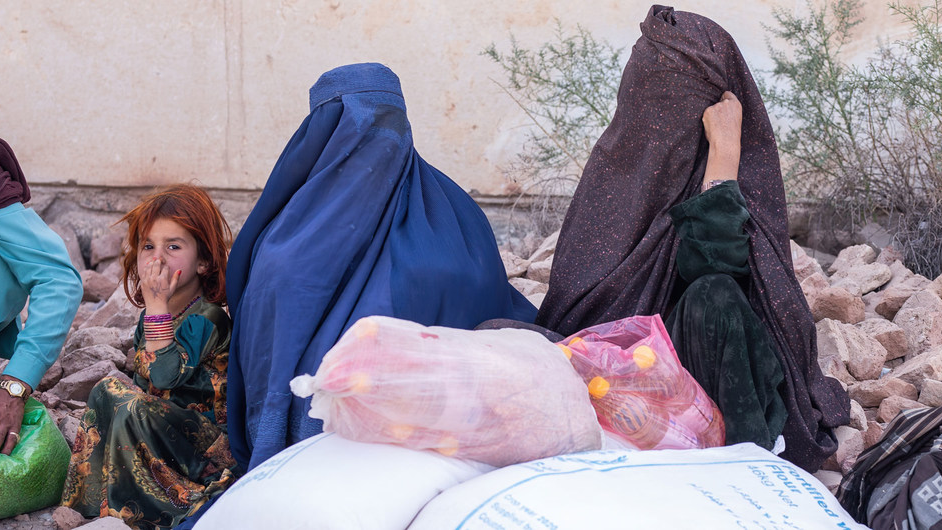 Families in Afghanistan do not have the money they need, while prices for key commodities continue to rise. (Photo: UNICEF)

Afghanistan's economy is in "free fall", the UN Emergency Relief Coordinator told a special meeting on Sunday, warning that if decisive and compassionate action is not taken immediately, it may "pull the entire population with it".

Moreover, this is occurring as the value of the Afghani currency plummets, a lack of confidence in the financial sector destroys trade and the space for borrowing and investment dramatically constricts.

"The need for liquidity and stabilization of the banking system is now urgent – not only to save the lives of the Afghan people but also to enable humanitarian organizations to respond", he said.

The UN official welcomed the decision by the World Bank's Afghanistan Reconstruction Trust Fund to transfer $280 million by the end of December to the UN Children's Fund (UNICEF) and the World Food Programme (WFP).

"This step should be followed by reprogramming of the whole fund to support the Afghan people this winter", he said.

"Families simply do not have the cash for everyday transactions, while prices for key commodities continue to rise".

The cost of wheat and fuel are up by around 40 percent and food now accounts for more than 80 percent of the average household expenditure.

And as international development support has frozen up, basic social services that all Afghans depend on are collapsing.

Mr. Griffiths cautioned that by the middle of next year, universal poverty – reaching 97 percent of the population – could be "the next grim milestone".

"Within a year, 30 percent of Afghanistan's gross domestic product could be lost altogether, while male unemployment may double to 29 percent”, he spelled out.