The United Nations Secretary-General Antonio Guterres and the African Union Commission Chairperson Moussa Faki Mahamat have commended Somalia for progress achieved in recent years towards the stabilization of the country. 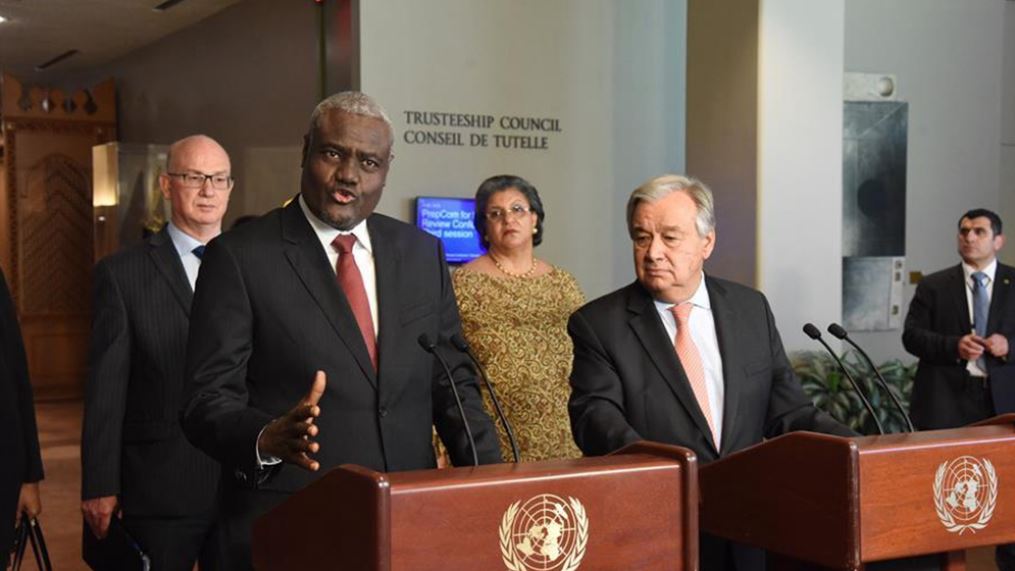 "The hard-won gains are a testimony to the firm determination of the people of Somalia towards lasting peace and prosperity, following decades of instability," a joint statement from the two leaders read.

They called upon the leaders of the Horn of African country to resume dialogue and work together in a spirit of compromise to overcome the last political hurdles to inclusive elections as soon as possible, and respecting the agreement they reached on 17 September 2020.

Somalia has been dogged by years of conflict perpetrated by jihadist militant group al-Shabaab.

The years of war have killed tens of thousands and forced millions of people to flee from their homes.

Joint efforts by local forces, regional and international troops have made gains in the fight to end the violence, though the militants still stage attacks occasionally, often using suicide bombs.

Guterres and Mahamat pledged their support for the country's journey to lasting peace.

"The Chairperson and the Secretary-General reiterate their commitment to continue to support the government and people of Somalia on their path to peace and prosperity," the statement said.