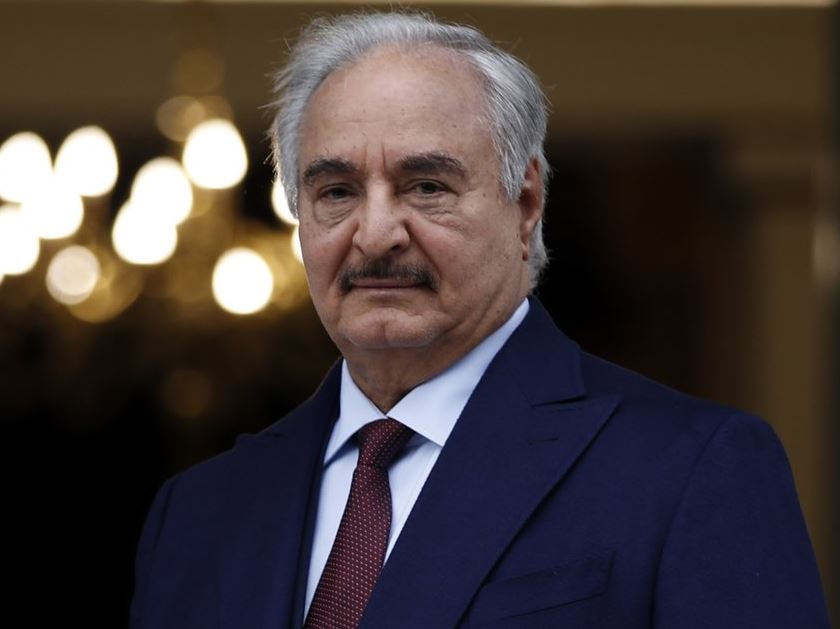 The UN-supported government in Libya said Tuesday it has suspended its participation in talks in Geneva aimed at salvaging a fragile cease-fire in the North African country following an attack on Tripoli’s strategic port.

The country’s warring sided had resumed their UN-brokered military talks earlier Tuesday, however the forces of military commander Khalifa Hifter stepped up their attacks on the Libyan capital.

It appeared to be the first such attack on Tripoli’s port since Hifter’s forces began their siege of the city almost a year ago.

The country’s National Oil Corporation, which dominates Libya’s critical oil industry and is based in Tripoli, said projectiles struck meters away from a highly explosive liquefied petroleum gas tanker discharging in the port, prompting it to evacuate fuel vessels from the area and cancel offloading operations.

Mustafa Sanalla, head of the NOC, warned that Tripoli doesn’t have operational fuel storage facilities because the capital’s main storage warehouse was evacuated as a result of the fighting.

“The consequences will be immediate: Hospitals, schools, power stations and other vital services will be disrupted,” he said in a statement.

Ghassan Salame, the head of the UN support mission in Libya, called the port attack a “big breach” of the cease-fire.

Oil-rich Libya is split between rival governments based in its east and west, each backed by an array of foreign countries apparently jockeying for influence in order to control Libya’s resources.

The Tripoli-based Government of National Accord said in a statement late Tuesday that it has suspended the military talks following the Tripoli port attack, “until firm positions are taken (by the world powers) against Hifter and “the countries that support him.”

The current cease-fire was brokered by Russia and Turkey on Jan. 12. But both sides have repeatedly violated the truce, which was supposed to deescalate the fight for control of the Libyan capital.

“We hope to be able in this second round to come to some kind of consensus about what a lasting cease-fire could look like in Libya,” Salame told reporters in Geneva.

Western Libyan forces led by Hifter rely on military assistance from the United Arab Emirates and Egypt, as well as France and Russia. On the other side, Turkey, Italy and Qatar back the UN-supported but weakened government that Prime Minister Fayez Sarraj leads in Tripoli.

Hifter’s forces said that they’d hit a depot for weapons and ammunition at the port on Tuesday “in order to weaken the combat capabilities of the mercenaries who arrived from Syria” to fight alongside Tripoli-based militias.

Turkish officials later in the day confirmed that Hifter’s forces had fired on a Turkish ship near the docks. Turkish presidential spokesman Ibrahim Kalin told reporters the attack “missed its target” and Turkish forces fired back.

The UN support mission in Libya said five military representatives from each side have met indirectly Tuesday in Geneva, more than a week after they ended their first round of negotiations without striking a deal that would help end the fighting in Tripoli.

Salame said the talks would focus on stopping “the frequent violations of the truce,” as well as helping civilians displaced by the fighting return to the capital and its surrounding area.

He also said further talks on handling Libya’s suffering economy would take place in March. These will focus on “very sensitive issues,” including the fairer redistribution of state revenues across divided Libya, he said.

Salame also said that the two sides would hold political talks on Feb. 26 in Geneva.

Hifter meanwhile met on Tuesday with the US Ambassador to Libya Richard Norland in the eastern city of Benghazi, the embassy and Hifter’s office said.

It was the first visit for Norland to Libya since he was named the US ambassador to the African country in August, the embassy officials said.

The US envoy said Hifter stated his “commitment to a permanent ceasefire.”

Norland said he would visit Tripoli and meet with Prime Minister Fayez Sarraj “as soon as security conditions permit.”

In the previous round of military talks, the UN mission said there was “broad consensus” between the two sides on the “urgency” of safeguarding Libyan territorial integrity and stopping “the flow of non-Libyan fighters” into the country’s conflict.

Recently, Ankara has sent hundreds of Syrian fighters including militants affiliated with groups such as al-Qaida and the Islamic State group to fight on behalf of the UN-supported government in Libya.

The Tripoli authorities and US officials have also accused Hifter of relying on hundreds of Russian mercenaries. Sudanese armed groups from the Darfur region recently joined the fighting on both sides, according to a report by UN experts.

The National Oil Corporation said losses from the oil closures have reached more than $1.7 billion as of Tuesday.

The daily oil production has since the closure fallen to 123,537 barrels a day from about 1.2 million. It put the daily losses at close to $60.2 million.

oil closures have reached more than $1.6 billion as of Monday.

The Geneva talks come amid intensified diplomacy among world powers seeking to end the conflict that has ravaged Libya for nine years and increasingly drawn in foreign powers.

Libya has been in turmoil since 2011, when a civil war toppled long-time dictator Moammar Gadhafi, who was later killed.