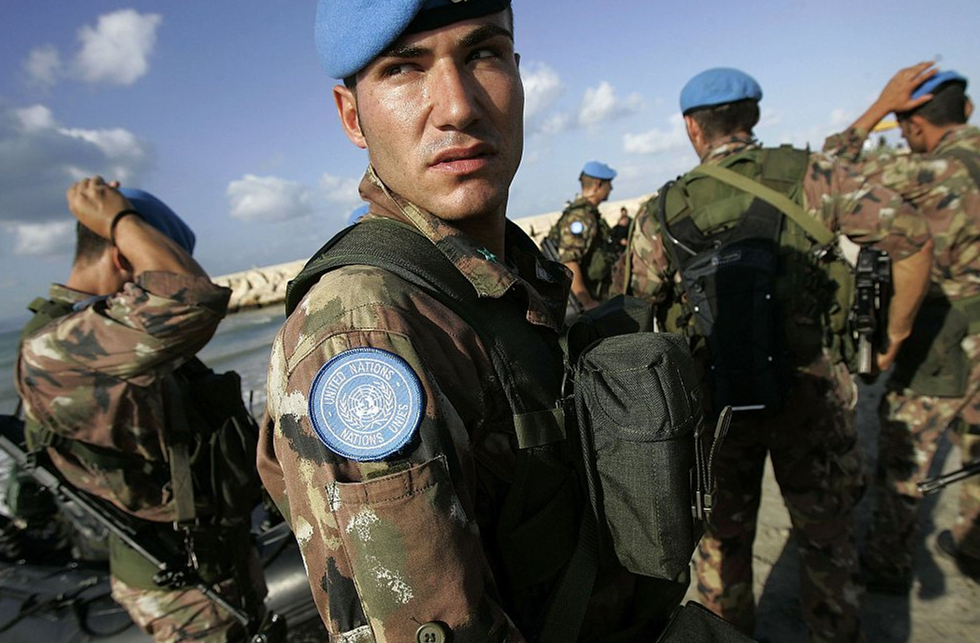 UN peacekeepers said they increased patrols on the Lebanese-Israeli border on Tuesday after Israel announced an operation against what it said were Hezbollah infiltration tunnels.

The Israeli army said it launched an operation dubbed "Northern Shield" to destroy "attack tunnels" it accused the Iran-backed Lebanese militia of digging under the border.

Hezbollah had not yet reacted and the United Nations Interim Force in Lebanon said they had increased patrols along the border, as Israeli bulldozers went to work.

"The overall situation in UNIFIL's area of operation remains calm," Joumana Sayegh, a spokeswoman for the UN mission which monitors the border region, said in a statement.

"UNIFIL is working with all interlocutors in order to maintain the overall stability," she said.

"UNIFIL peacekeepers have further increased their patrolling along the Blue Line, together with the Lebanese Armed Forces," Sayegh added, referring to the UN-established ceasefire line.

Lebanon's army also said it was monitoring the situation closely.

"Army units deployed in the area are carrying out their usual missions along the border in cooperation and coordination with UNIFIL," it said.

Hezbollah gained its moniker as "the Resistance" among its supporters by fighting Israeli troops, who occupied southern Lebanon until 2000.

In 2006, Israel and Hezbollah fought a devastating month-long war during which the Shiite group made extensive use of a network of tunnels to counter Israeli troops.

Israel appears increasingly concerned that Iran is attempting to transfer some of its military influence from Syria, where Russia is the government's top ally, to Lebanon.

Near the Lebanese village of Kfar Kila, an AFP photographer on Tuesday saw at least one Israeli bulldozer churning up earth, apparently as part of Operation Northern Shield.

The Israeli military said it had located one tunnel dug from a home in the Kafr Kela area that crossed into its territory and was working to "neutralise" it.