WORLD UN calls again for end of US embargo on Cuba

UN calls again for end of US embargo on Cuba 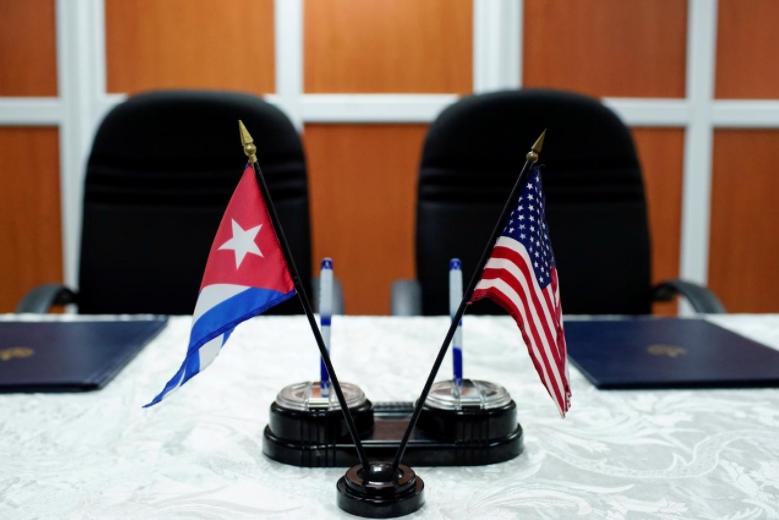 A view of the U.S. and Cuban flags prior to the signing of agreements between the Port of Cleveland and the Cuban Maritime authorities in Havana, Cuba, October 6, 2017. REUTERS/Alexandre Meneghini

The 193-member General Assembly passed the resolution with 191 votes in favor. The non-binding resolution urges the United States to repeal the embargo on Cuba as soon as possible. The U.N. vote can carry political weight, but only the U.S. Congress can lift the full embargo, put in place more than 50 years ago.

“The Cuban regime is sending the warped message to the world that the sad state of its economy, the oppression of its people, and the export of its destructive ideology is not its fault,” Haley told the General Assembly.

The U.S. position had been announced on Tuesday at the State Department.

Tensions have flared recently between Washington and Havana, which forged a closer relationship under former U.S. President Barack Obama and reopened embassies in both countries in 2015.

Haley said the diplomatic status between both countries is not changing.

U.S. President Donald Trump said earlier this month he believed Havana was responsible for a series of alleged incidents that Washington says harmed 24 of its diplomats, while Cuban officials said last week talk of acoustic strikes was “science fiction.”