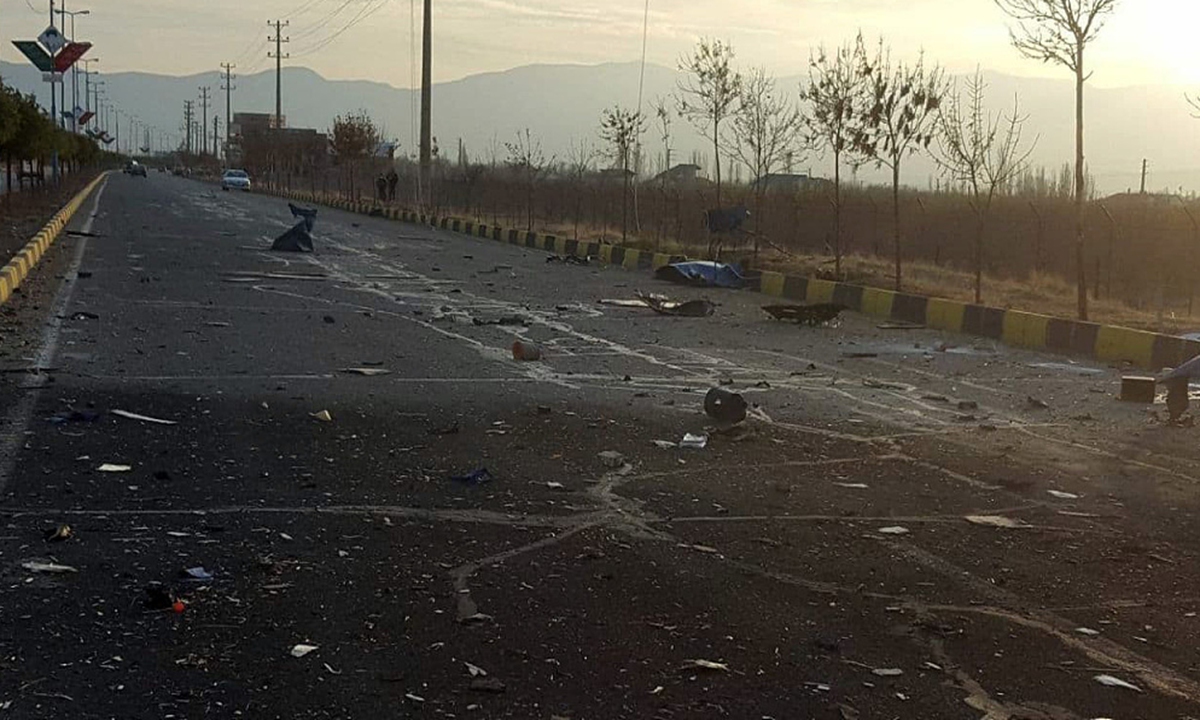 "We have noted the reports that an Iranian nuclear scientist has been assassinated near Tehran today. We urge restraint and the need to avoid any actions that could lead to an escalation of tensions in the region," Farhan Haq, deputy spokesman for UN Secretary-General Antonio Guterres, said when responding to a question related to the assassination.

In a letter to Guterres and Inga Rhonda King, president of the Security Council for the month of November, Iran's permanent representative to the United Nations Majid Takht Ravanchi expressed strong condemnation against the "criminal assassination" of its nuclear scientist.

He added Iran "expects the secretary-general of the United Nations and the Security Council to strongly condemn this inhumane terrorist act and take necessary measures against its perpetrators."

Takht Ravanchi noted in the letter that "one of the latest services of Martyr Fakhrizadeh was his outstanding role in the development of the first indigenous COVID-19 Test Kit, which is a great contribution to our national efforts in curbing the COVID-19 pandemic at a time when Iran is under inhumane sanctions of the United States, strictly preventing our access to humanitarian goods including medicines and medical equipment."

"He was also supervising the development of a COVID-19 vaccine," the Iranian ambassador added.

Takht Ravanchi elaborated that over the current decade, "several top Iranian scientists have been targeted and assassinated in terrorist attacks and our firm evidence clearly indicates that certain foreign quarters have been behind such assassinations."

"The cowardly assassination of Martyr Fakhrizadeh -- with serious indications of Israeli responsibility in it -- is another desperate attempt to wreak havoc on our region as well as to disrupt Iran's scientific and technological development," he said.

"Warning against any adventuristic measures by the United States and Israel against my country, particularly during the remaining period of the current administration of the United States in office, the Islamic Republic of Iran reserves its rights to take all necessary measures to defend its people and secure its interests," he said.

The Iranian government suspects that the assassination was performed by Israel's Mossad intelligence agency, though Tel Aviv has neither confirmed nor denied the allegation, according to media reports.